The below chart is an updated version of a chart I’ve posted before.  It shows the annual number of appeals docketed at the Federal Circuit per fiscal year (which runs from the beginning of October to the end of September. 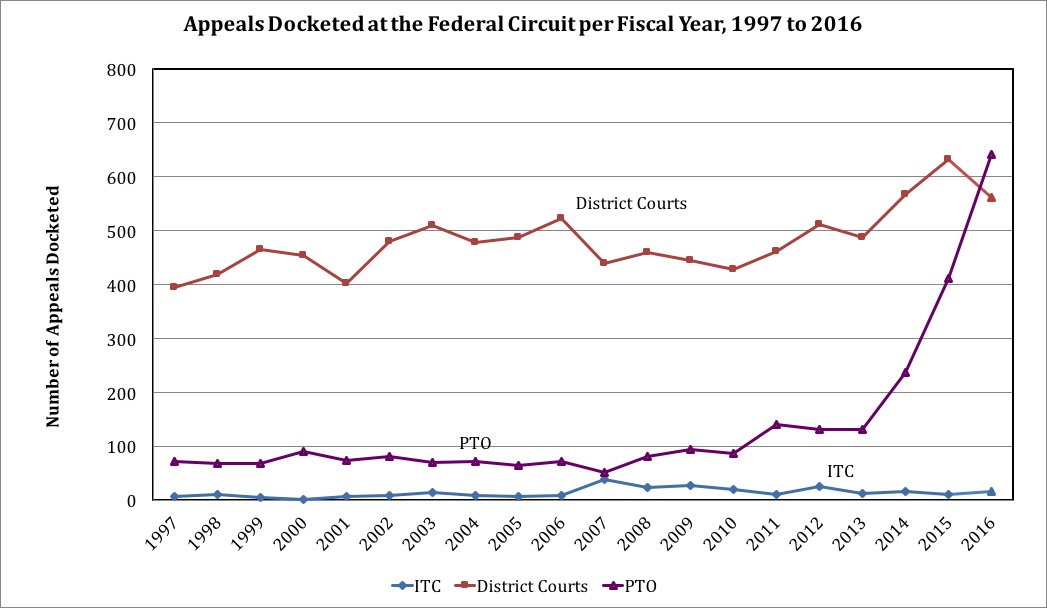 Changes over smaller periods of time:  To get a sense of whether appeals from the PTO are continuing to rise, I created a chart of the number of appeals arising from the PTO on a monthly basis.  Although there’s substantial  month-to-month variation, the overall trend for the last year does not suggest to me that the appeals from this source are continuing to increase.  However they remain at a much higher level as compared with the period before 2014. 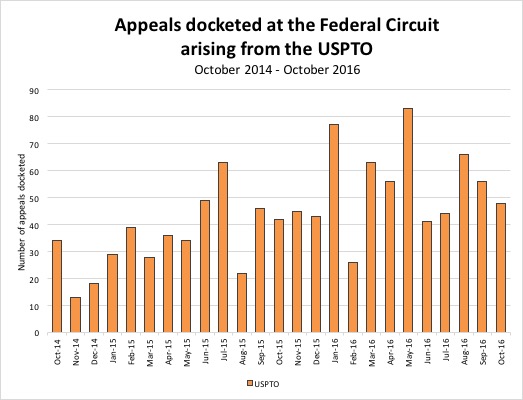 Makeup of appeals arising from the PTO: Using data from the USPTO’s annual Performance and Accountability Report, I constructed the below pie charts to illustrate how the composition of appeals from the PTO has changed over the last several years.  These graphs provide a vivid image of how dramatically that composition has changed in a short period of time. 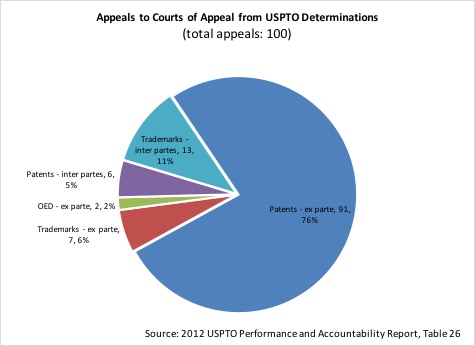 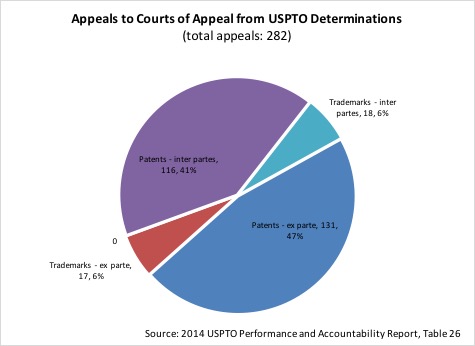 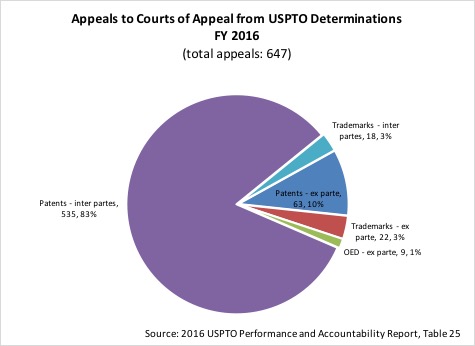 Note that this data is not an exact reflection of the appeals that reach the Federal Circuit due to a few limitations in the underlying reported data.  In particular, there are a handful of appeals (my understanding is <10) that might be counted in multiple years due to the way the data is reported for 2016.  In addition, the data is reported for all appeals to federal appellate courts, not just appeals to the Federal Circuit.  Due to variations in appeal pathway, a handful will end up in the regional circuits (especially trademark cases for which review is sought in the district court.  Pro-Football v. Blackhorse is an example).

What will the future bring? Going forward, I’d expect the number of appeals arising from the PTO to decline to some—but not a great—extent.   Data from the USPTO’s annual Performance and Accountability Report indicates that the number of newly filed inter partes review proceedings has remained roughly constant over since 2014, with 1310 cases filed in FY 2014, 1737 cases filed in FY 2015, and 1565 cases filed during FY 2016.   (Source: USPTO Performance and Accountability Reports, Table 15).  Since most of the appeals are from inter partes review proceedings (as there are relatively few of the other types of inter partes proceedings), a modest decline in the broader pool will likely result in a modest decline in the subset.  In addition, as attorneys obtain greater information about the probability of outcomes at the Federal Circuit, it is likely that appeals will fall as parties choose not to incur the expense of an appeal, at least in cases at the extreme.