On August 7–8, 2007, I conducted a simple survey through Patently-O. [See Survey].  Readers were asked whether the patent system, taken as a whole, had been positive (made money) or negative (lost money) for their company.  The results below show the responses of 131 corporate employees who are all highly involved with their company patents. 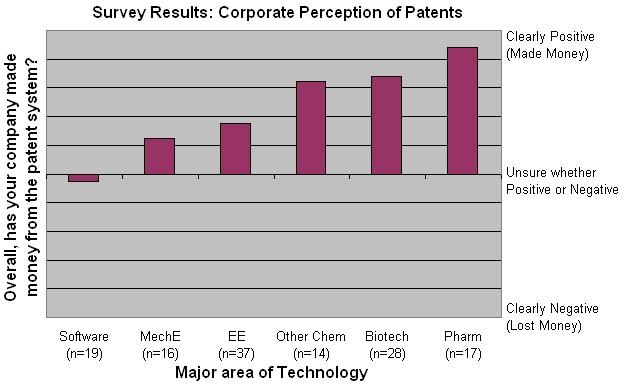 21 thoughts on “Overall, has your company made money from the patent system?”