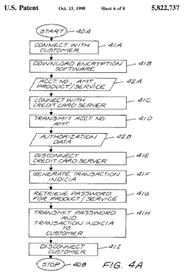 NMI sued Verisign and others for infringing its credit card processing patent. One of NMI’s claims was found anticipated by a single prior art reference. That reference taught each element in the invalidated claim. However, there was no single example that taught all the elements together.

On appeal, the Federal Circuit reversed – holding that anticipation takes more than simply locating each element within the four corners of a single document.

In its rebuttal, the appellate panel focused on the concept anticipating the invention. To anticipate, the prior art must teach all the claim elements and the claimed arrangement.

Focusing for a moment on arrangement – to anticipate, the reference must teach “all of the limitations arranged or combined in the same way as recited in the claim.”

Applying the rule to this case, the appellate panel found that the prior art reference was not anticipating. The reference disclosed two transaction protocols, but neither protocol contained all of the elements combined in the manner claimed. “Thus, although the iKP reference might anticipate a claim directed to either of the two protocols disclosed, it cannot anticipate the system of claim 23. The district court was wrong to conclude otherwise.”

Means Plus Function: After claim construction, the district court also found NMI’s means-plus-function claims invalid because they lacked any corresponding structure in the specification. On appeal, the Federal Circuit affirmed.

The patent statute allows patentees to draft claims in more generic ‘means plus function’ language. That language allows a patentee claim various elements based on their function. However, means plus function claims are only valid if the specification describes some structure to carry out the proposed function. According to the courts, this structure requirement is separate from any enablement requirement. Thus, some structure must be provided in the specification even if one skilled in the art would not need that disclosure to make the invention.

Here, NMI claimed a “[a bank computer including] means for generating an authorization indicia” but did not provide any corresponding structure in the specification to perform that structure.

On appeal, NMI incredibly argued that the claim was not a means-plus-function claim. The Federal Circuit disagreed – finding that the claim lacks structure.

Searching for structure in the specification, NMI pointed to its recitation of a “bank computer.” Of course that recitation is insufficient.

85 thoughts on “Anticipation Requires More Than Disclosing All the Elements”