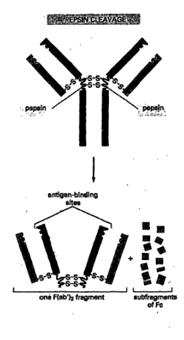 The BPAI rejected Chapman's claimed antibody fragment-polymer invention as obvious and Chapman (UCB Pharma) appealed. The 103/102(e) rejection was based on the teaching of a Genentech patent that had been filed two years before Chapman's application.

The appellate decision provides a concise overview of the standard of review of BPAI decisions on obviousness.  However, it leaves opon questions regarding the "legal-conclusion" of obviousness.

The interpretation of the harmless error rule did not receive significant attention pre-KSR because the rule-oriented approach of the TSM test left meant that most BPAI errors were harmful. The post-KSR law of obviousness is based more on a contextual whole-picture analysis. As such, the line between harmless error and harmful error is blurred. This case resolves some issues by indicating that a BPAI error is harmful if (1) the error "increase[d] the likelihood" that the BPAI erred in its obviousness conclusion and (2) the court cannot confidently announce that the BPAI would have reached the same conclusion absent the error.