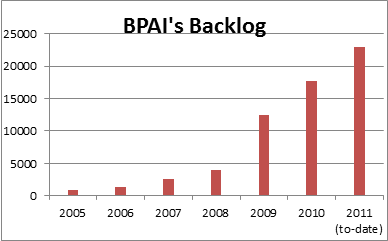 Schmirler v. Kappos: This case seems to raise some interesting issues about joint inventors (liability and rights) and patent fees.

The Smithsonian and USPTO collaborate on an exhibition