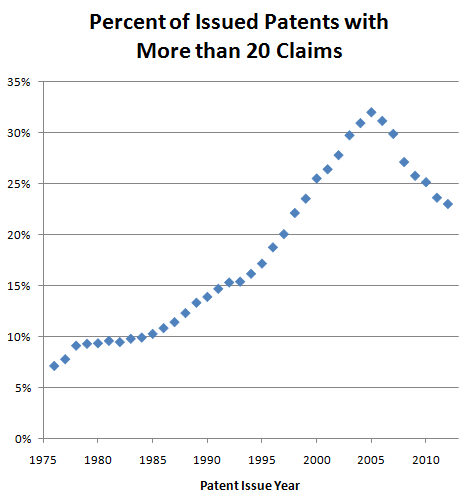 I created a database of utility patents running up through April 8, 2012 and tallied the number of patents that list more than twenty claims. More claims tend to create a greater likelihood that at least one of the claims will be found both valid and infringed. On the other hand, more claims raise the cost of prosecution, increase the odds of the patent being held unenforceable, and correlates with greater prosecution time.

The underlying data is available here: https://docs.google.com/spreadsheet/ccc?key=0Avb15LgT1GHYdFVFQ19rajh6MkVIZ3FCTkRWM2pia2c. Feel free to use the data with acknowledgement.