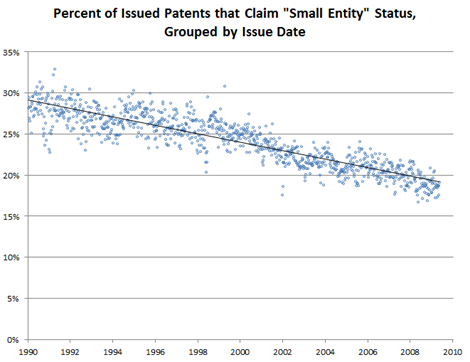 An applicant can claim small entity status if:

It will be interesting to see how this chart develops with the new “micro entity status” being implemented next month.