Pitt won its infringement lawsuit against Varian with a $100 million verdict. The patent basically covers a digital image processor that watches surgical patients and provides a warning signal if the patient moves. U.S. Patent No. 5,727,554. 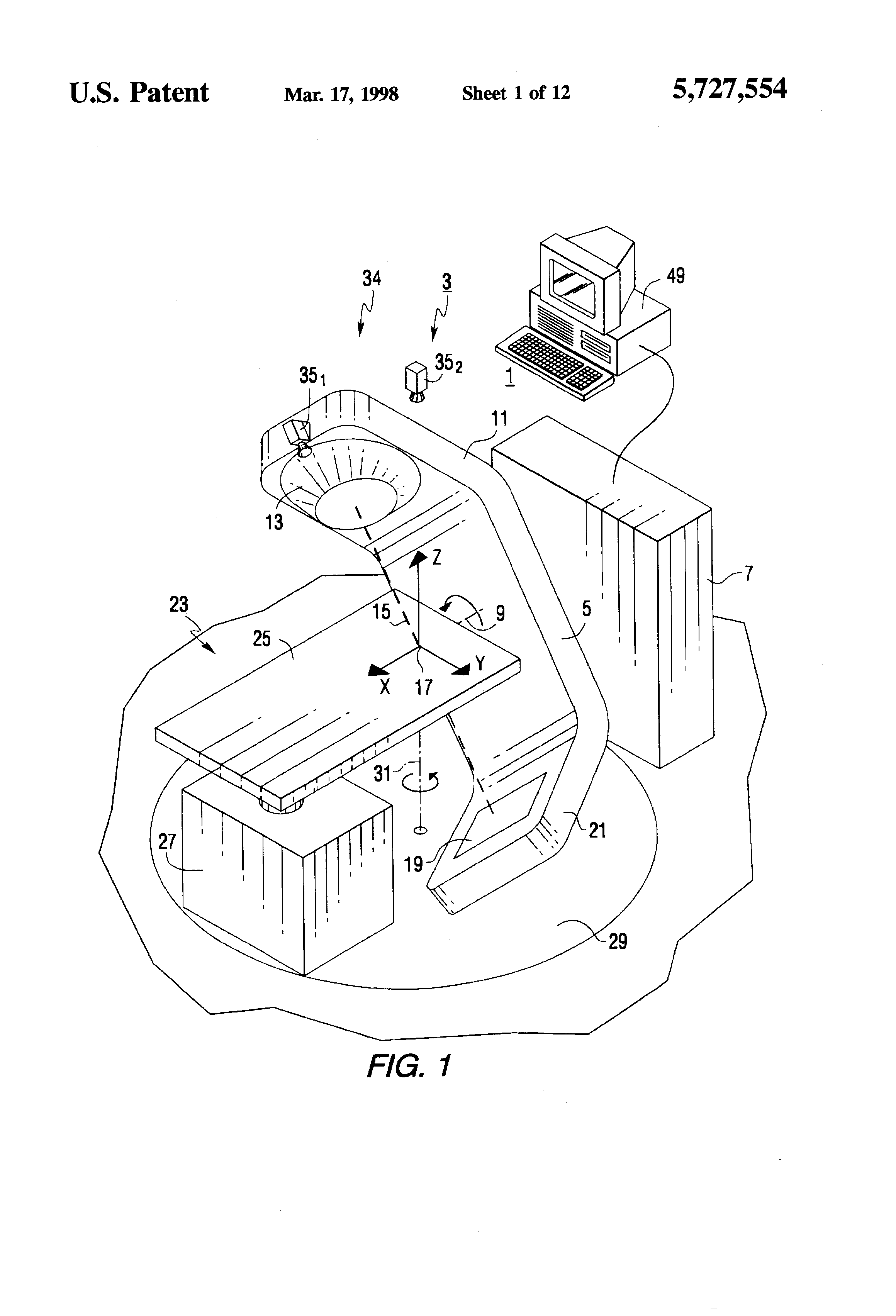 A divided Federal Circuit has affirmed – with the division being over the construction of the claimed “processing means comprising means determining movement of said patient from digital image signals, including movement associated with breathing by said patient.”

The patent statute permits patentees to claim elements according to their function using so-called means-plus-function language. 35 U.S.C. § 112(f). However, the properly interpreted scope of the means-plus-function claim terms is limited to corresponding structures found in the patent specification and their equivalent.

Here, the claim construction debate is on whether the corresponding structure for the processing means is a computer processor programmed to perform either (a) a two-step process or (b) a thirty-two step algorithm. The difficulty in interpretation is that the patent does not affirmatively link the claim language with either structure but instead leaves readers to their own conclusions. On appeal, a two judge majority (Judges O’Malley and Lourie) agreed with the lower court that the proper interpretation was the broader two-step requirement while the dissent (Judge Dyk) would have chosen the more narrow interpretation that would have likely led to a non-infringement determination. To the dissent, the “two-step process” disclosed in the specification only offers more functional language – not structure. The dissent explains his position:

The majority’s identification of structure—the two steps of detecting and tracking fiducials—relies on a single statement in the specification that “[a]s will be discussed fully, the patient motion detector 47 detects and identifies the fiducials 39 and then tracks their movement.” The majority concludes that this disclosure identifies the corresponding structure as a two-step algorithm because the specification “links this algorithm to the function of determining patient movement.” But the statement in the specification does not explain how the fiducials are detected and tracked or how performing those steps accomplishes the function of determining a patient’s movement during radiation treatment.

One rule that would likely flip this decision would be if ambiguity in claim language were construed against the drafter (i.e., the patentee).

The majority did reverse the willfulness finding that almost tripled the damage. On that issue, the court found that the infringer’s non-infringement and invalidity defense were reasonable (or at least not objectively unreasonable).

157 thoughts on “Means Plus Function: What Structure are you Referring To?”