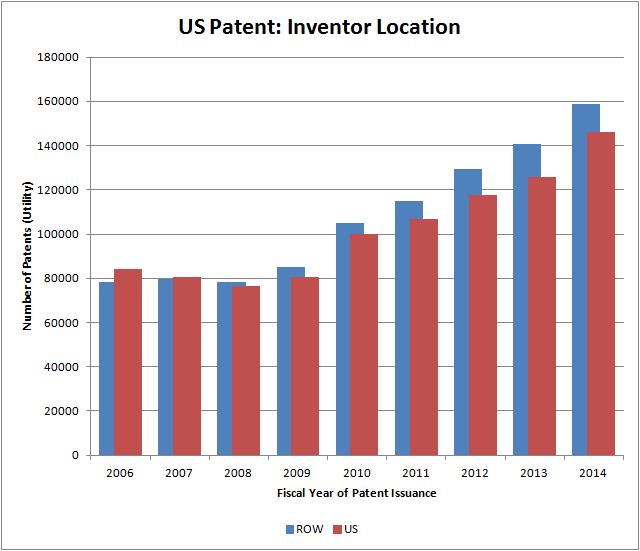 * The numbers above are based upon the inventor country as listed for the first-named inventor on the face of each U.S. utility patent.  Although there are an increasing number of cross-country patents (with inventors listing different countries), those numbers are negligible in a population analysis such as this. The results for assignee-country are virtually parallel with the exception that about 6% of U.S. patents are issued without a listed assignee.

12 thoughts on “US Patents: Where are the Inventors Located?”