The USPTO recently released the data on the number of patent applications filed in Fiscal Year 2015 via its Data Visualization Center (i.e.: the Dashboard) page. 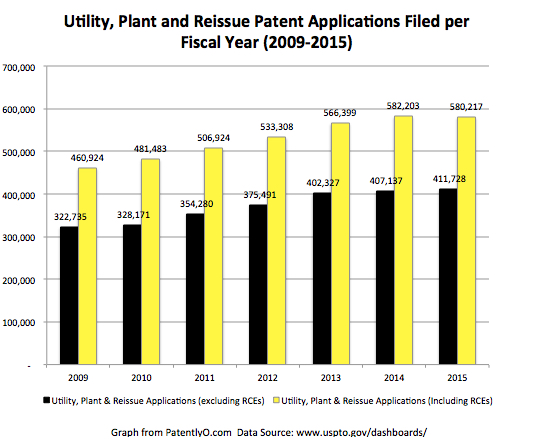 To check whether there might have been a sudden drop at the end of the year that affected these results, I also plotted the cumulative numbers of applications filed on a monthly basis for each fiscal year from 2009-2015. Fiscal year 2015 really doesn’t look all that different from Fiscal Year 2014 when viewed on a monthly basis and there’s no sudden unexpected dropoff at the end. 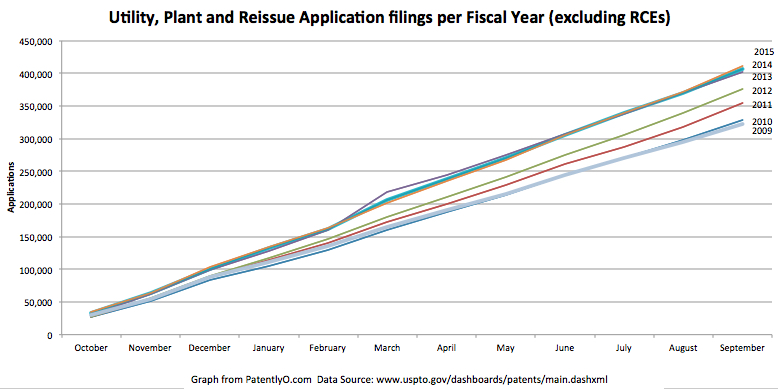 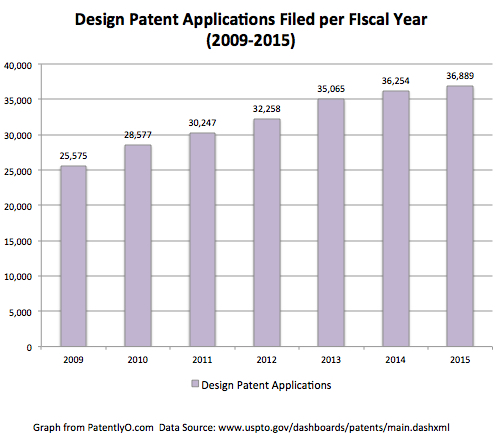 58 thoughts on “US Patent Application Filings for FY 2015”