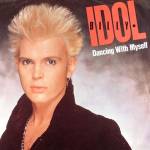 In Life Technologies Corp. v. Promega Corp., the Supreme Court has asked for the views of the Solicitor General — greatly raising the likelihood that the high court will take the case.  The kicker will be how the US Gov’t responds.

The case centers around Life Technologies’ international sales of genetic testing kits.  A portion of the kit included Taq polymerase that was manufactured in the US and sent to the UK where it was combined with additional components to produce the infringing kit.  Of course, the UK manufactured kit isn’t infringing under ordinary U.S. patent law because it is being manufactured, sold, and used outside of the US.  However, Section 271(f) of the Patent Act provides a cause of action for infringement based upon export of components of a patented invention to be combined abroad.

The elements of infringement under Section 271(f)(1) appear to be:

In finding for the patentee, the Federal Circuit made two interesting decisions:

In his essay on the decision, Jason Rantanen wrote that these holdings are “probably erroneous—doctrinal developments.”

Now, in its petition for certiorari, the adjudged infringer has followed Prof. Rantanen’s lead and asks the following questions:

The basic arguments here stem from the Supreme Court’s prior statements that 271(f) should be interpreted narrowly.  In his amicus brief supporting the petition, Dean Tim Holbrook argues that the Federal Circuit “consistently fails to consider the presumption against extraterritoriality” and that important interpretive doctrine leads to the conclusion that the court went too far here.

Next step in the case will be a brief submitted by the US Government staking out its position as to whether export should count as infringement. Although I am sympathetic to Holbrook’s position, the US administration is active enough in patent cases so that it can be the one making the argument if the case so warrants.

108 thoughts on “Life Tech v. Promega: Inducing with Yourself”