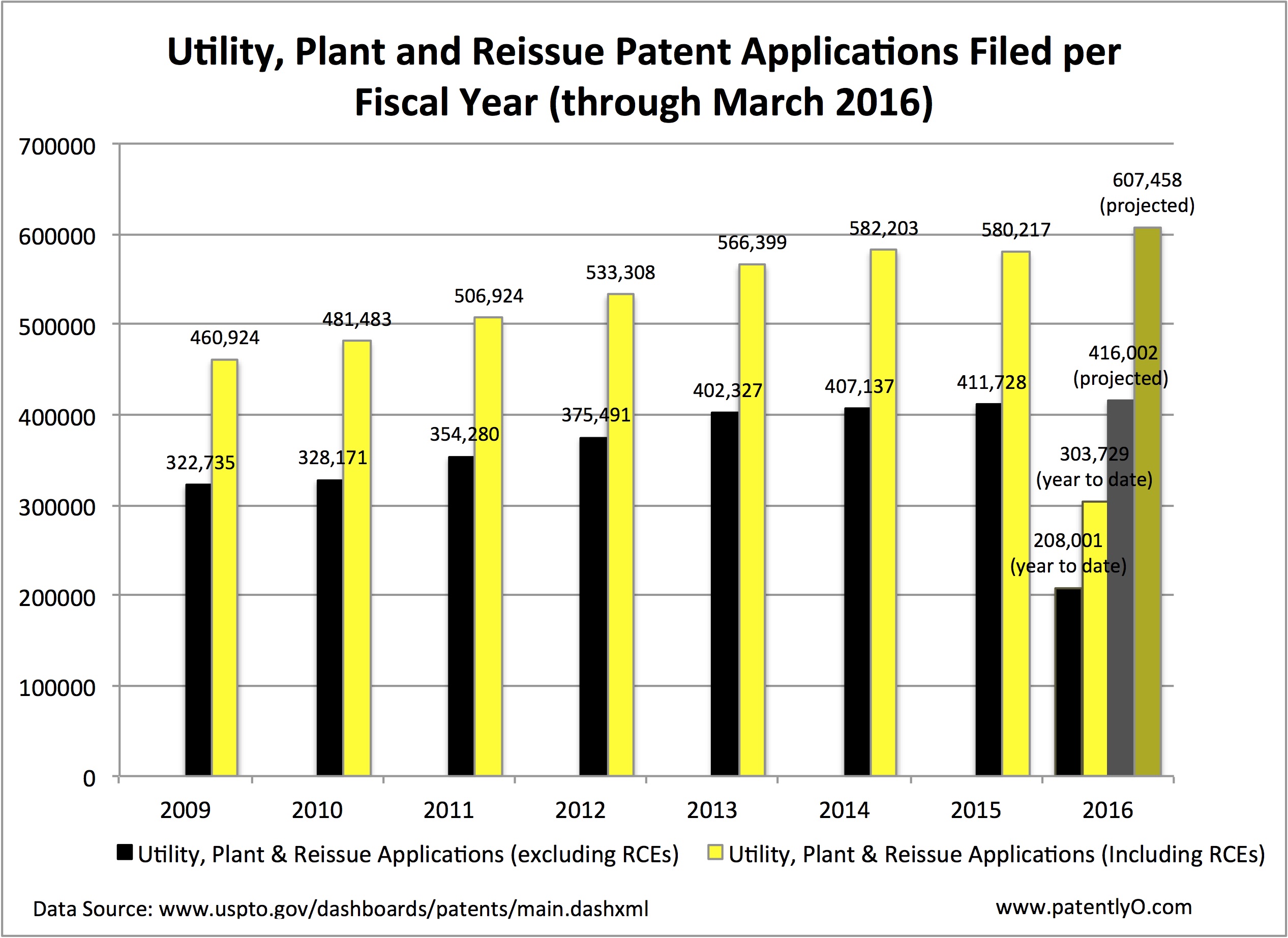 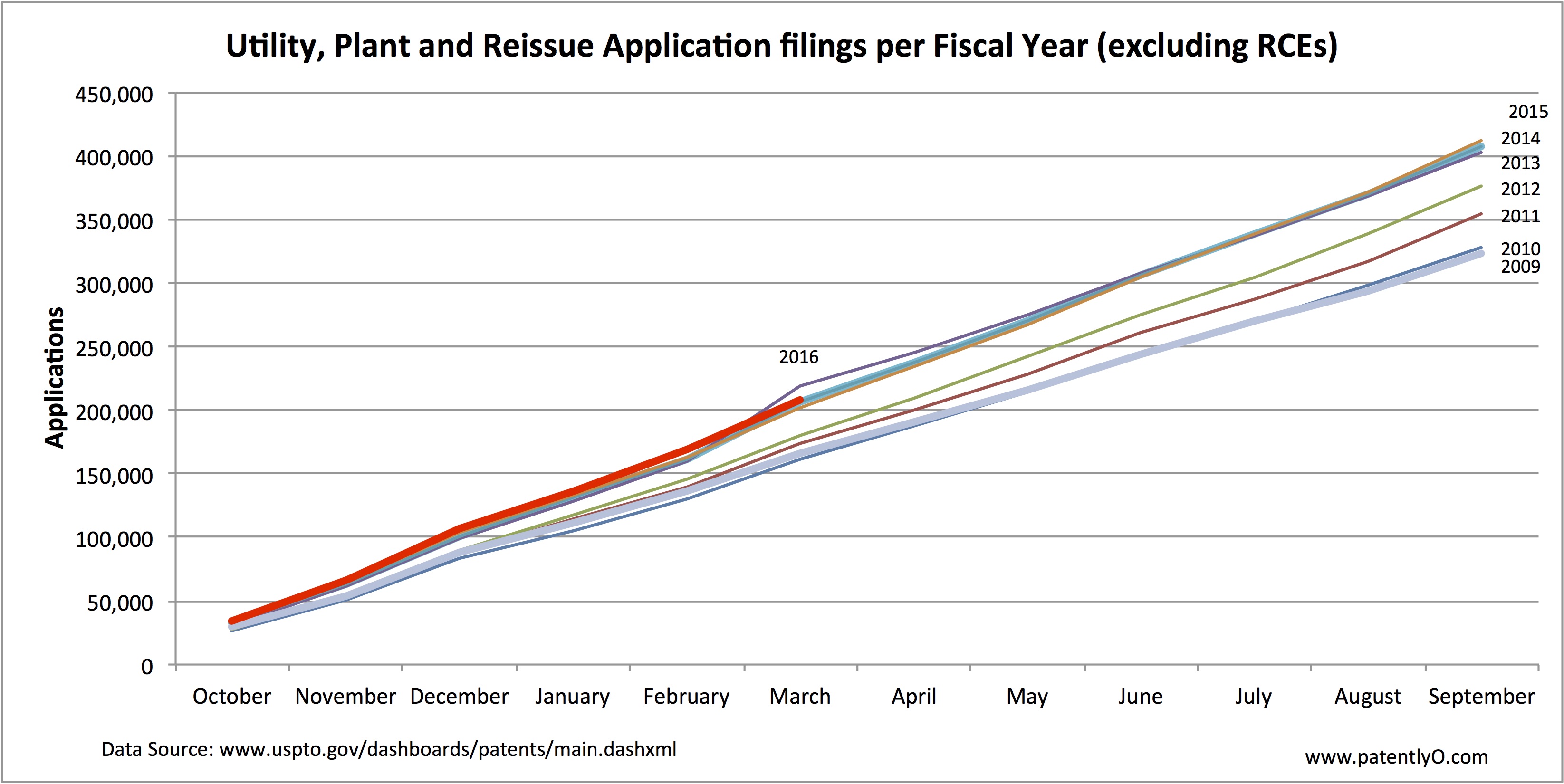 Patent grants also look similar to the past few fiscal years.  If current trends continue, we may see a slight increase over FY 2015.  (Note that the numbers in the below chart are for the fiscal year; Dennis’s post from the other day is on a calendar year basis.) 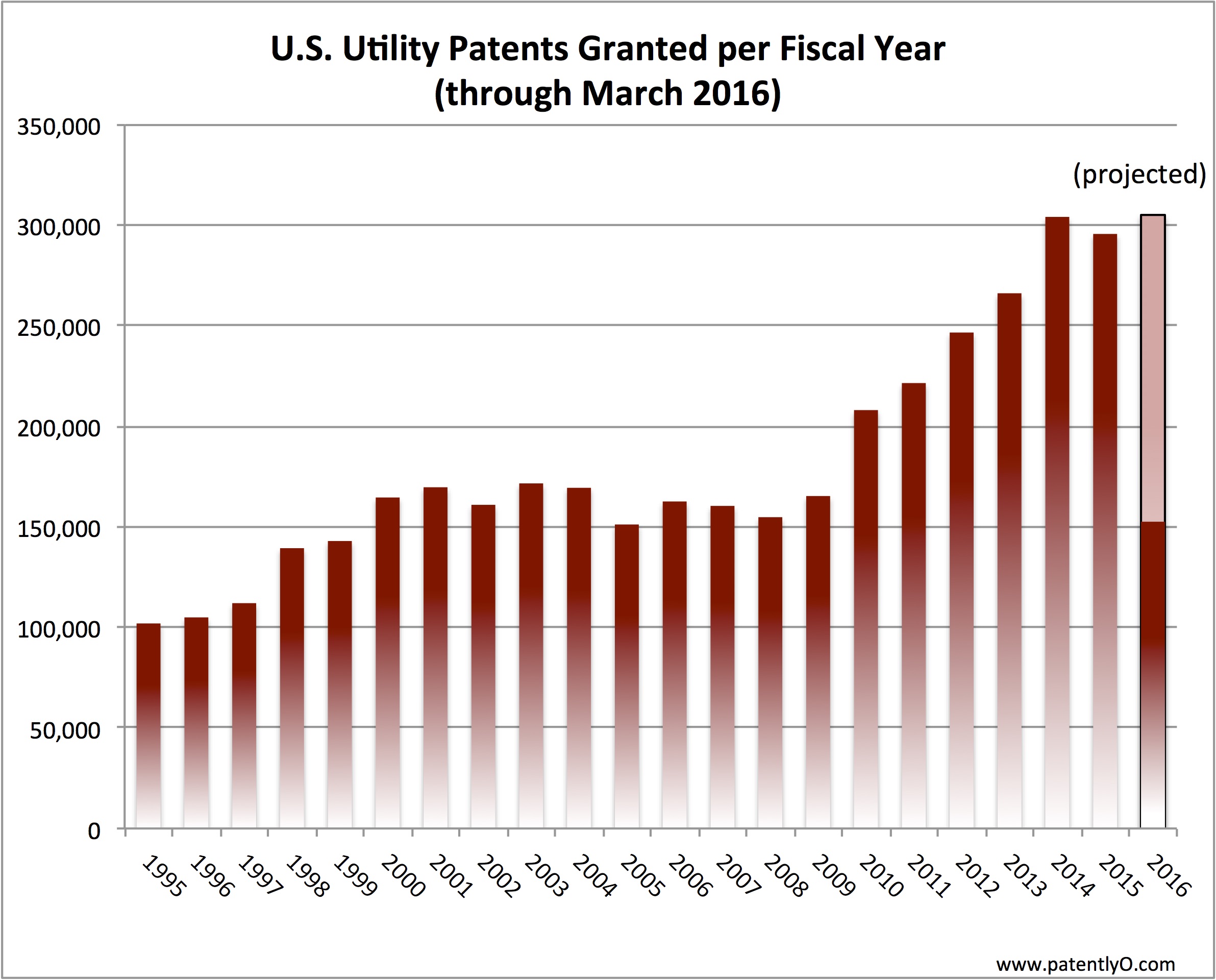