Laches: The Supreme Court granted SCA’s writ of certiorari on the question of whether laches defense applies to block back-damages in patent cases. The Federal Circuit says “yes” while the Supreme Court recently said “no” in a parallel copyright case (Patrella).  The Supreme Court decided Patrella 6-3 with Justice Scalia in the majority offering the potential of a tight-split in this case.  The court looks to be sitting-on the parallel case of Medinol v. Cordis until SCA is decided. 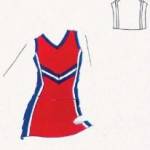 Copyright on Useful Articles: Although not a patent case, the court also decided to hear a “useful article” copyright case.  Star Athletica v. Varsity Brands.  The case asks whether the stripes and chevrons found in a cheerleader uniform are sufficiently “separable” from the uniform in order to be copyrightable.  The useful article doctrine is generally considered to be setting up a boundary line between the domains of copyright and patent.

[MCM Petition and Appendix] MCM’s brief was filed Tom Goldstein along with Ned Heller.  The question for the Supreme Court is whether to extend or contract from its position in Stern v. Marshall, 131 S. Ct. 2594 (2011) where the court held that Article III of the U.S. Constitution prohibits Congress from withdrawing “from judicial
cognizance any matter which, from its nature, is the subject of a suit at the common law, or in equity, or admiralty.” Quoting Murray’s Lessee v. Hoboken Land & Improvement Co., 59 U.S. 272  (1856)).

The brief raises a set of interesting old cases focusing both on the separation of powers and the tradition that patent-revocation for invalidity requires a jury to decide disputed facts.

Cooper v. Lee raises some parallel issues. Its petition will be considered by the Court in its May 12. [Update: The court has “rescheduled” consideration of Cooper’s brief – perhaps awaiting its own determination in Cuozzo.]

Hereby Assign Future Inventions: In Shukh v. Seagate, the petitioner raises the long-brewing question involving the Federal Circuit’s interpretation of patent assignments.  In particular, the Federal Circuit has ruled – as a matter of federal patent law – that patent rights are assignable before their invention is even contemplated. The petition asks:

[W]hether FilmTec’s “automatic assignment” rule should be overruled because it extinguishes inventors’ constitutional and statutory rights to inventorship and ownership.

In Stanford v. Roche, Justices Breyer, Ginsburg and Sotomayor criticized the Federal Circuit’s rule and suggested that the issue should be presented in a future case. The majority expressly noted that its opinion did not decide the issue. [Shukh v. Seagate – Redacted Public Petition]

Disparaging Trademarks: A pair of disparaging trademark cases have also been petitioned: Lee v. Tam (“Slants”) and  Pro-Football v. Blackhorse (“Redskins”).   The Federal Circuit previously held the limit on registering disparaging marks to be an unconstitutional abrogation of the freedom of speech.

3. Petitions for Writ of Certiorari Pending:

4. Petitions for Writ of Certiorari Denied or Dismissed:

5. Prior versions of this report: