This post summarizes data on inter partes review proceedings and appeals from the Patent Office.  Although the office publishes a monthly Patent Trial and Appeal Board Statistics packet, the narratives contained within that packet can create confusion as discussed in Michael Sander’s guest post earlier this year.  Below are some of the charts that I’ve developed based on the publicly available information to attempt to get a better handle on what’s going on in terms of case flow and outcome.

As you look at these charts, keep in mind the temporal issues associated with IPR proceedings.  Once a petition is filed, it typically takes about six months before an institution decision is made.*  If a petition is instituted, it will be about a year (and sometimes more) before the trial decision.  Thus, very few petitions filed in the last four months or so will have reached the point of institution decisions, and nearly all trial decisions issued in the last few months relate to petitions filed over a year (and probably around 18 months) ago.  Appeals of trial outcomes will be filed within 2-3 months depending on whether a rehearing is requested.

Finally, note that at each stage, some percentage of the cases continuing on after the earlier stage will drop out due to settlement or for other reasons (such as joinders at the institution stage).  Thinking of the data as an inverted pyramid might be helpful. 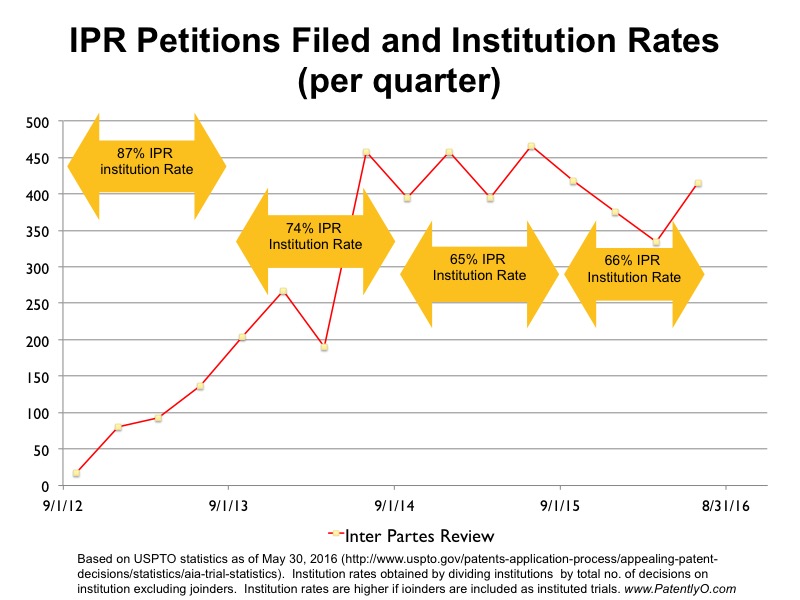 Petition filing and institution rate data indicates that both the rate of filing and rate of institution have plateaued.  Since June of 2014, the number of new petitions filed each month has ranged between 96 and 184, with most quarters falling between about 400 and 450 new filings.  The fourth quarter of 2015 and the first quarter of 2016 did see a drop, though, so perhaps we’ve seen the peak of IPR petition filings. 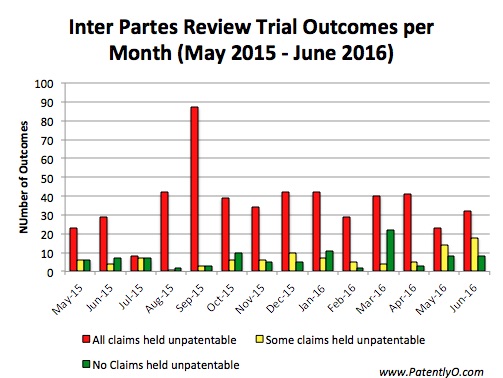 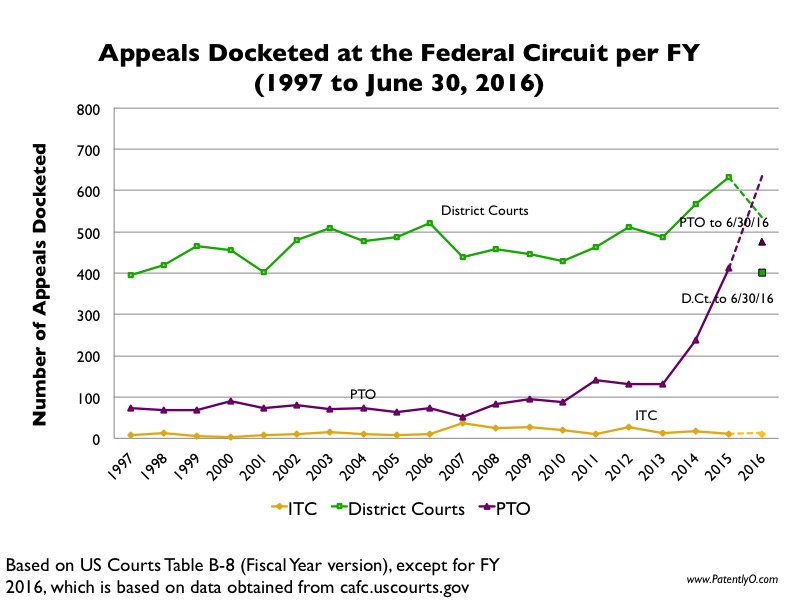