After a long wait, the PTO has finally responded to my question of “Who is the PTO Director”: 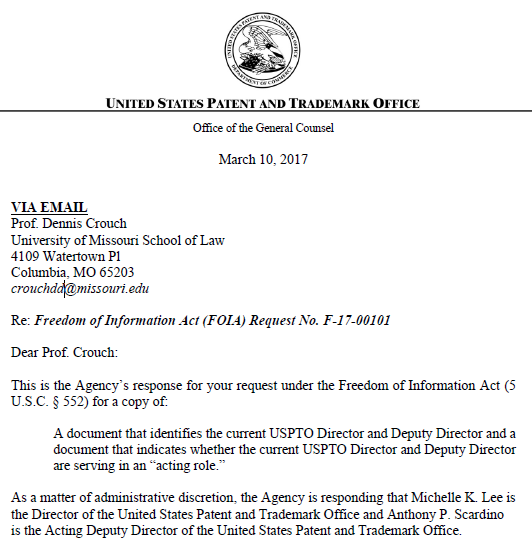 I still do not sufficiently understand  DC politics to grasp why the Dir. Lee’s position was not public for the past 50+ days, but I am glad that we may now return to some semblance of normalcy in relations between the USPTO and the public.

59 thoughts on “Michelle K. Lee is the Director of the United States Patent and Trademark Office”