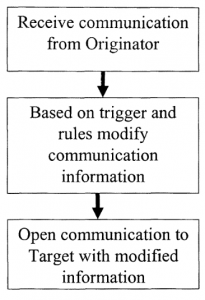 In NobelBiz v. Global Connect, a jury sided with the patentee-finding that global connect infringed the caller ID modifying patents.[1] On appeal however the Federal Circuit has reversed on claim construction – in a non-precedential opinion.

The claimed invention is associated with telemarketing, and the idea is to “provide a callback number … that may be closer to or local to the target.” (Quoting patent specification).  The claims themselves require an “outbound call,” “replacement telephone number,” and “modif[ing] caller identification data.” Pretrial, the District Court determined that these terms needed no further claim construction but instead should be given their “plain and ordinary meaning.”  However, during the jury trial technical experts from each side provided testimony as to the meaning of these claim terms.

On appeal Federal Circuit’s first holding is that “allowing the experts to make arguments to the jury about claim scope was erroneous.” Rather, claim construction is the responsibility and duty of the judge rather than the jury. The judge must inform the jury of the scope of the claims, enabling the jury to then determine whether those claims are infringed.

Further, the Federal Circuit found that the lower court also erred by failing to construe terms whose scope was disputed. Following its precedent of O2 Micro,[2] it is not enough for the court to simply state that the definition use “well understood” when the parties dispute the scope covered by the claims because that would leave the jury with the responsibility of determining the claim scope.

I will note here that the majority opinion was written by Judge Hughes and joined by Judge Dyk. Judge Newman wrote in dissent citing other Federal Circuit precedent such as Summit 6[3] were the Federal Circuit had approved of the District Court’s refusal to particularly construe common claim terms with clear meaning and no special definition in the art. “Because the plain and ordinary meaning of the disputed claim language is clear, the district court did not err by declining to construe the claim term.”

Judge Newman goes on to highlight the reality that the majority’s approach substantially undermines the fact-finding role of the jury in patent cases. Rather, in this case “[t]he district court declined to decide the question of infringement by way of claim construction.”

An oddity of the majority opinion is its sole focus on claim construction without considering the impact. Majority opinion has no discussion as to whether the minor tweaks that it provides for the meaning of a replacement telephone number would have any impact on the jury’s opinion, or if the jury could have reached the same conclusion of infringement under the modified claim construction. In her dissent judge Newman provides a reason for the majority’s lack of explanation: “We are not told how these corrected definitions could have changed the result at trial.”  Note here – for instance – the majority found that the claim construction should have specified that the claimed “replacement telephone number” must “replace something . . . [such as] an original phone number.”  Ordinarily, a minor tweak would not require vacatur of a jury verdict without first considering whether the change might have some impact on the outcome.

I would also add some comment here that relates to the majority’s first holding: “Allowing the experts to make arguments to the jury about claim scope was erroneous.” Of course, whether certain testimony is permitted or not is ordinarily well within the discretion of the district court judge.  Here, the court found it reversible error without (1) providing deference to the lower court or (2) considering whether the testimony somehow threw the jury off track in an impermissible way.

37 thoughts on “Please Define What you Mean by Ordinary Meaning”