Tough case for Livermore Software.  The PTAB just rejected its claims as abstract ideas.  Claim 1 is a bit long but is listed below as a method for joining mis-matched portions of an object’s surface (NURBS patches) so that a whole object model is prepped for finite element analysis (FEA).  The problem for the patentee is that it presents a step-by-step algorithm with such precision that the Examiner (and PTAB) saw it as claiming a mathematical algorithm. 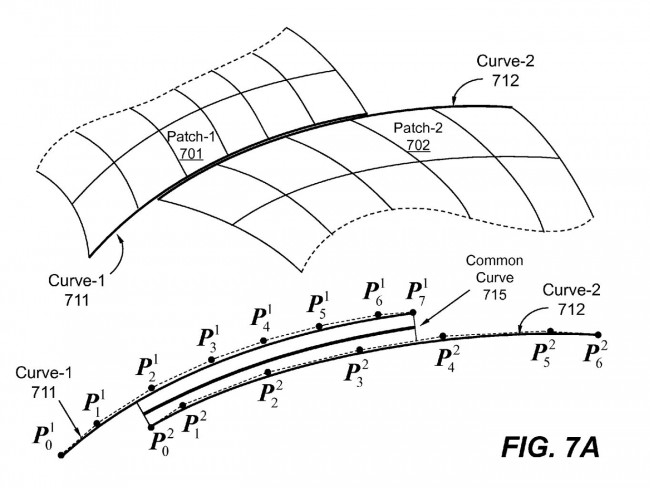 We agree with the Examiner that claims 1, 7, and 13 are directed to the abstract idea of manipulating data through mathematical relationships, which is similar to the computing formula discussed in Parker v. Flook, 437 U.S. 584 (1978), and the Arrhenius formula in Diamond v. Diehr, 450 U.S. 175 (1981). . . . [All of the claimed steps] are abstract mathematical concepts and algorithms that could be performed in the human mind, or by a human using a pen and paper, without need of any computer or other machine.

Moving to Step-Two of Alice, the PTAB wrote:

We find that the additional limitations … do not add significantly more to the abstract idea. … Particularly, claims 1, 7, and 13 recite well-understood, routine, and conventional elements (i.e., computer system having an application module, memory, processor, and computer readable storage medium) that enable the creation of a computerized model using a “generic computer structure that serves to perform generic computer functions that are well-understood, routine, and conventional.”

Interesting aspect of the decision here is the notion that the spline adjustment could be done by a human with pen and paper.  The historical approach to do this well required the use of a spline tool (shown above).

In its decision the PTAB suggests (but does not hold directly) that the claims may be eligible if they had expressly (rather than implicitly) recited “a CAD model, a computer aided engineering (CAE) model, or a mechanical engineering design analysis for a product (e.g., car, airplane).” One way to think about the claim below is as a step for enabling model conversion (an abstract idea) but not the actual full conversion process (a concrete application rather than an abstract idea).

determining a common curve as an overlapped section of the first and the second curves to represent the physical boundary;

adjusting the first and the second curves such that first and second projection points correspond to starting and end locations of the common curve, respectively;

designating one of the first and second curves having less number of control points along the common curve as a master curve, the other as a slave curve; and

whereby the first and second NURBS patches together with the set of linear constraint equations for the control points along the physical boundary enable a computerized model created therefrom suitable for finite element analysis.

34 thoughts on “PTAB Decision from This Week: CAD Modeling”