Law of the Flag: The alleged infringement here did not occur within the United States proper, but rather aboard U.S. flagged ships in international waters – the vessels Resolution and Pinnacle.  The district court held that the U.S. Patent Act applies to U.S. flagged ships — “While on the high seas, a vessel is deemed to be part of the territory of the nation to whose citizens it belongs, and under whose flag it sails.” However, the district court then dismissed the case for lack of personal jurisdiction. 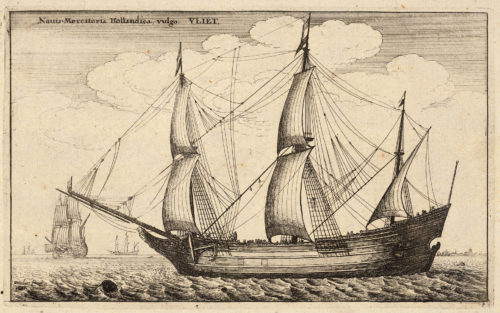 Personal Jurisdiction over a Foreign Entity: In most U.S. civil litigation, personal jurisdiction is considered on a state-by-state basis: we ask “does the defendant have sufficient contacts with the state housing the particular court?”  A special rule (R.4(k)(2)) kicks in for foreign entities such as DAL who are not subject to the general jurisdiction of any U.S. State.  Under 4(k)(2), any court across the country will have personal jurisdiction so long as the defendant’s contacts with the United States (as a whole) are sufficient to comport with Constitutional due process and not offend “traditional notions of fair play and substantial justice.”

In finding sufficient minimum contacts with the U.S. here, the Federal Circuit counted contacts with the U.S. flagged ships — finding that DAL’s installation of the accused pneumatic conveyance systems on the HOS Pinnacle and the HOS Resolution created specific jurisdiction over the entity. “Nothing more is required to show that DAL purposefully directed its activities at the United States.”

Prior to the enactment of the 1952 Act, the only authority speaking on whether U.S. patent laws apply to U.S-flagged ships on the high seas was Gardiner v. Howe, an 1865 case from then-existing Circuit Court of the District of Massachusetts. 9 F. Cas. 1157, F. Cas. No. 5219 (C.C.D. Mass. 1865). In Gardiner, the asserted patent claimed an improvement in the sails of vessels. The accused infringer allegedly used the improvement on the sails of his U.S.-flagged vessel while on the high seas and argued at trial that he could not be held liable for infringement because U.S. patent laws did not apply on the high seas. The court disagreed, stating that the U.S. patent laws “extend[] to the decks of American vessels on the high seas, as much as it does to all the territory of the country, and for many purposes is even more exclusive.” The court reasoned that any contrary ruling would render valueless “patents for improvements in the tackle and machinery of vessels, or in their construction . . . .” Our predecessor court recognized the vitality of Gardiner in Marconi Wireless Telegraph Co. of America v. United States, when it held that U.S. patent laws extend to infringing acts at the American Legation at Peking in China. 99 Ct. Cl. 1 (1942).

Nothing in the legislative history of the 1952 Patent Act evidences congressional intent to narrow the territorial scope of the patent laws from that articulated in Gardiner. . . .

In 1990, Congress applied the logic expressed by the Gardiner court in drafting legislation to extend U.S. patent law to U.S. spaceships. 1990 U.S.C.C.A.N. 4058, 4060-62. . . . Section 105 of Title 35 thus provides that “[a]ny invention made, used or sold in outer space on a space object or component thereof under the jurisdiction or control of the United States shall be considered to be made, used or sold within the United States for the purposes of this title . . . .” Congress’s logic in extending U.S. patent laws to U.S.-spaceships in outer space lends strong support for finding U.S. patent laws extend to U.S.-flagged ship on the high seas. . . .

What is particularly troubling in this case is that if U.S. law does not apply to infringing activity on a U.S.-flagged ship in international water, then it is possible no law applies.

Personal jurisdiction is proper – on remand we’ll see if there was actually any infringement of a valid patent.