While most commentators are focusing on year-in-reviews, I thought it would be fun to do a decade-in-review using data from the Compendium of Federal Circuit Decisions, the publicly-accessible dataset that we’ve developed at Iowa Law containing information about all decisions by the Federal Circuit since 2008.  You can access the Compendium via empirical.law.uiowa.edu/.

Recently, we updated the Compendium to include all decisions arising from origins other than the District Courts and USPTO.  This lets us compare decisions across all origins along a variety of dimensions.

Figure 1 shows the distribution of Federal Circuit decisions by major source.  A “decision” in the Compendium is defined as an opinion or Rule 36 affirmance.  I’ve grouped origins with small numbers of appeals, including the Board of Contract Appeals, Department of Justice, and Department of Veterans’ Affairs, into the “other” category. (The figures link to larger versions.)

Or if strata are more your thing:

Another way to assess a court’s output is in terms of its precedential opinions, as these constitute law on which future courts and parties rely.  Below is a chart showing the Federal Circuit’s annual number of precedential opinions by major source of origin.  The “other” group here includes the “other” category from the above graphs plus the Court of Appeals for Veterans’ Claims, Court of International Trade, and International Trade Commission.

3. Types of Decision by Origin

One other way of looking at the data on decision types by court of origin for the entire decade: 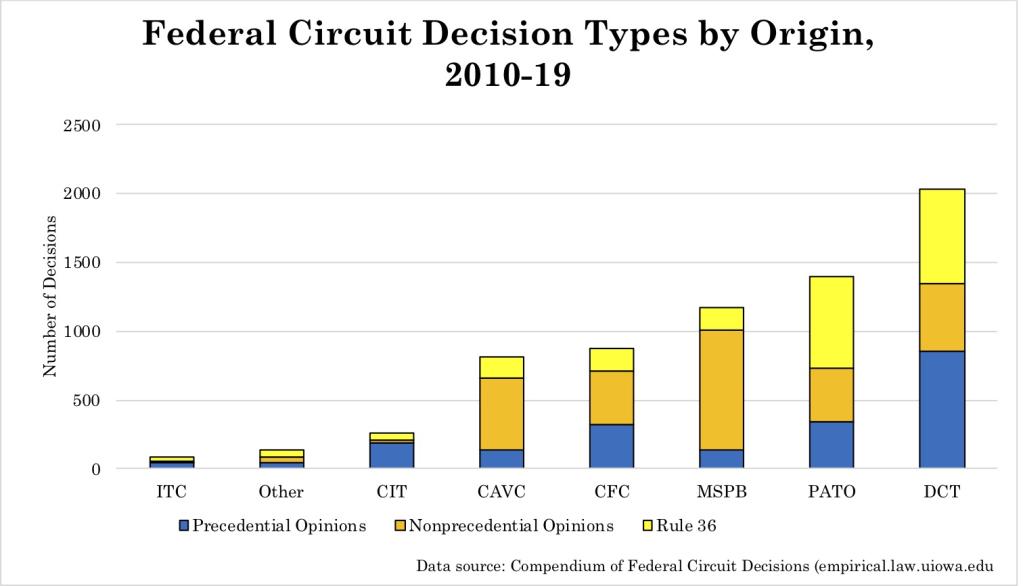 The final set of graphs for today are annual decisions from the USPTO and District Court by decision type. 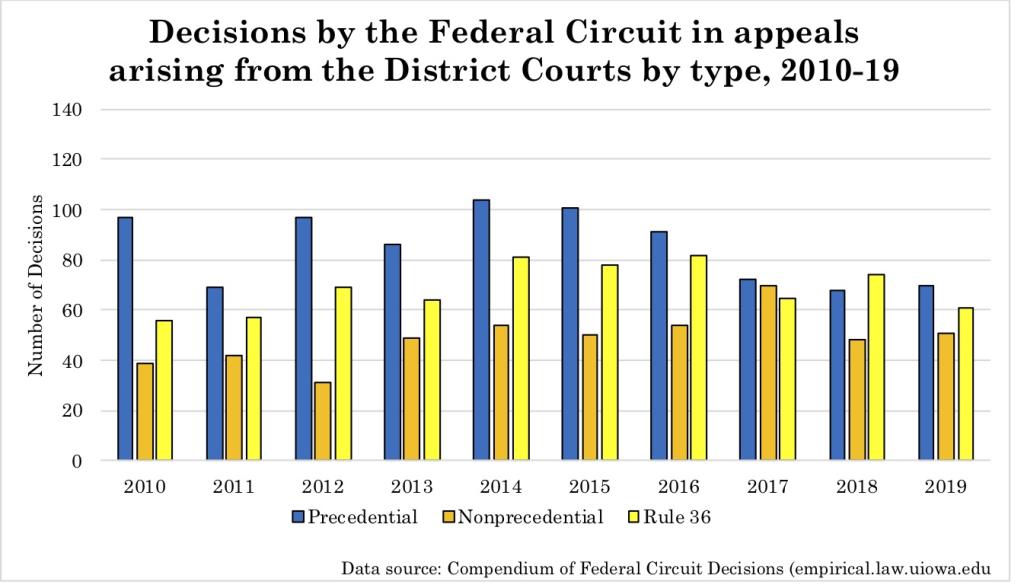 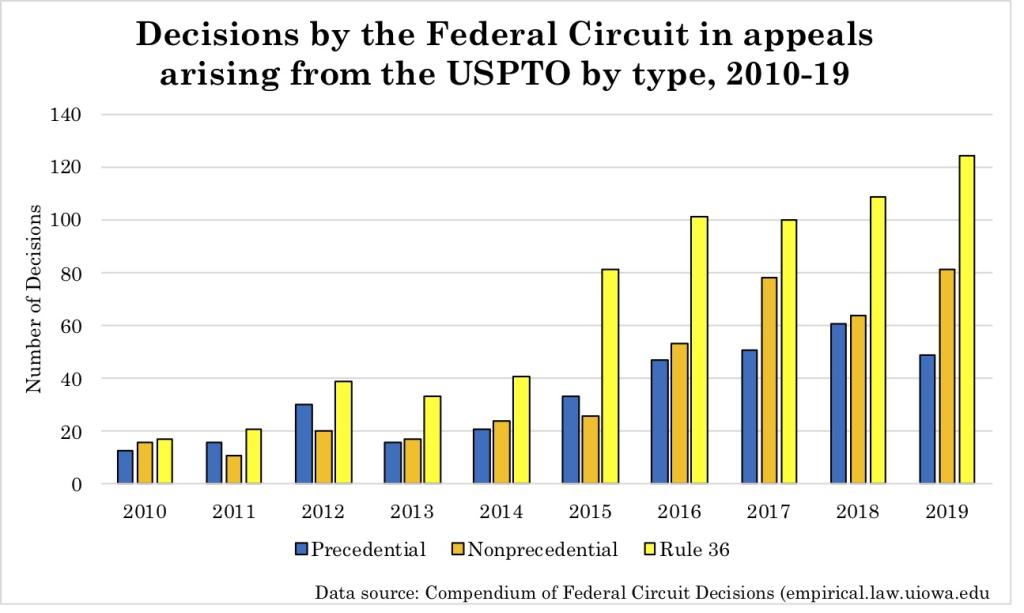 If there are particular graphs of Federal Circuit decisions from the last decade that you’d like to see, send me an email and if we have the data I’ll try to generate them.

You’re welcome to play around with the data on your own.  If you do use it for something that you publish, please include a citation to the Compendium.  There’s a convenient cite form on the landing page for the database.  You’re also welcome to use the above graphs in presentations, provided that you give credit to PatentlyO and the Compendium of Federal Circuit Decisions (https://empirical.law.uiowa.edu/compendium-federal-circuit-decisions).

Thanks to my research assistants for their work on the Compendium, especially Will O’Brien, Lindsay Kriz, Madison Murhammer-Colon, John Miscevich and Joseph Bauer.

8 thoughts on “A Decade of Federal Circuit Decisions”