The America Invents Act of 2011 included a major reshuffling of what counts as “prior art” against a given patent. 35 U.S.C. § 102 was substantially rewritten with a new focus on an application’s effective filing date, and zero focus on whether a patent applicant was the “first to invent.”  The new law applies only to post-AIA patents.  The Act defines these as any patent that “contains or contained at any time” a patent claim “that has an effective filing date” on or after March 16, 2013. We are now in the midst of a major change-over.  Most in-force patents are still pre-AIA, but most newly issued patents are post-AIA.

The pretty chart below provide a sense of where we stand for newly issued patents.  For 2021, 90%+ of newly issued patents are post-AIA, meaning that their effective filing date was on or after the March 16, 2013 threshold.  Patents coming out of TC-1600 (Biotech + Organic Chemistry) are the most likely to still be pre-AIA (18% pre-AIA in 2021) while TC-2800 (Semiconductors, Electrical and Optical Systems and Components) is at the other end of the table (4% pre-AIA in 2021).

The data here comes from the USPTO data files, but is generated primarily from applicant input on the application data sheet.  So, there are likely some mistakes. Further we do not have clear case law interpreting the threshold timing in any detail. 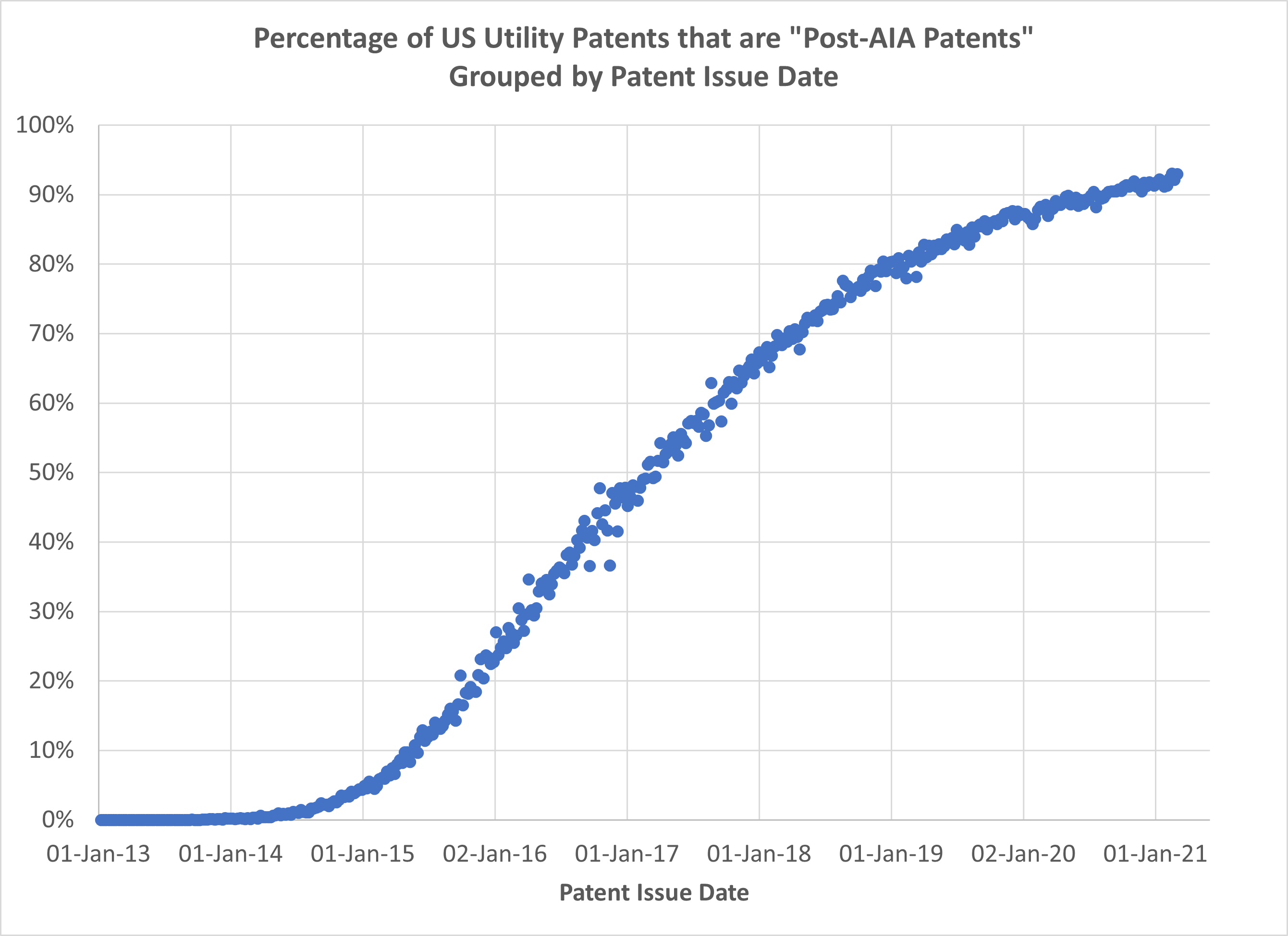 Patent Term: We know that in the USPTO, the patent term lasts 20 years from the effective filing date (not counting US provisional and foreign national stage filing).  However, the US also has a generous patent term adjustment (PTA) program that provides patentees with additional patent term in cases where patent prosecution took too long.  Thus, although the clock is seemingly running on these still-pending pre-AIA applications, I expect that many of them will find their terms substantially adjusted. [Thanks to a reader for catching my typo above. Priority claims to a PCT application do count into the 20 year patent term.]

40 thoughts on “The AIA Patents have Arrived”