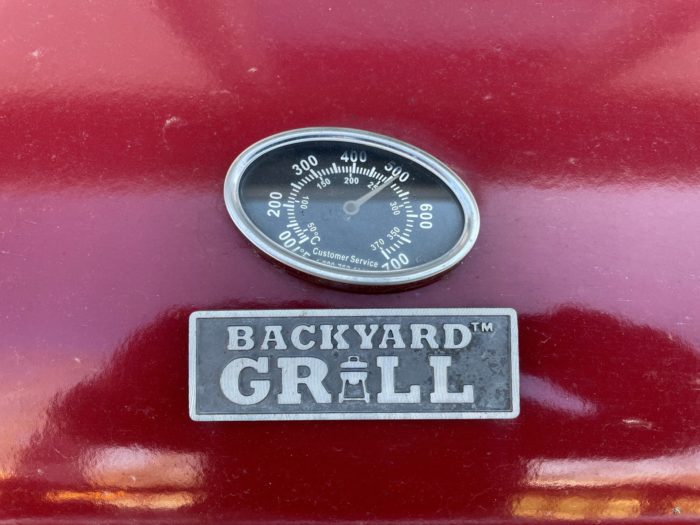 Variety sued Wal-Mart Stores, Inc. (Wal-Mart | Defendant) over Wal-Mart’s use of “Backyard Grill” (logo shown above1) to promote their line of grills and grilling supplies. Id. at 656. Variety brought a plethora of federal claims, including trademark infringement and unfair competition. Id. at 658. Both parties filed motions for summary judgment and each adduced evidence in support of their own motion. Id. Variety showed evidence of more than $56 million of sales with their mark, which they have been using since 1993. Id. Wal-Mart, while submitting plenty of evidence in their own support, also brought forth evidence that their marks were not confused with Variety’s, whereas Variety did not bring any evidence of confusion at all. Id. The district court then granted partial summary judgment for Variety holding that Variety’s mark was protectable, Wal-Mart’s mark could create confusion, and that Wal-Mart’s choice to not follow their counsel’s advice showed intent to confuse consumers. Id. In part, Wal-Mart appealed the award of partial summary judgement for Variety. Id. at 659.

The “extraordinary” remedy of summary judgment has some deceptively ordinary rules: (1) there must be no genuine issue of material fact and (2) the movant must be entitled to judgment as a matter of law. Fed. R. Civ. P. 56 (2021). Courts, as the gatekeepers of summary judgment, must ensure fairness in the motion by crediting all evidentiary inferences in favor of the nonmovant when investigating any issues of material fact. Tolan v. Cotton, 572 U.S. 650, 656-57 (2014).

Tolan arose from a claim of excessive force, in violation of the Fourth Amendment. Id. at 651. Officer Edwards believed that Tolan (Plaintiff) and his cousin had stolen a car, which the two exited at Tolan’s home. Id. at 651-52. Tolan’s parents came out of the house when they noticed the brewing situation. Id. Officer Cotton (Defendant) arrived, responding to a request for backup from Edwards. Id. at 652. From here, the parties had differing stories. Id. at 653. The two parties disputed how Cotton handled Tolan’s mother during the incident, and as to how Tolan responded to Cotton’s interactions with Tolan’s mother. Id. The stories converge around an unfortunate ending, however: Cotton fired three shots towards Tolan, striking him in the lung. Id.

Cotton moved for summary judgment with the district court, who granted it for Cotton, later affirmed by the Fifth Circuit. Id. at 654. In upholding summary judgment, the Fifth Circuit relied on Cotton’s version of Tolan’s response to Cotton’s interactions with Tolan’s mother (that Tolan rose to his feet) and to the lighting conditions of the porch where the shooting occurred (that it was dimly lit). Id. at 655. The Supreme Court noted that this was in error: the lower courts had failed to credit Tolan’s versions of the facts, vacating the Fifth Circuit’s judgment. Id. at 660. The Supreme Court expressed this message by pointing out the importance of juries:

The witnesses on both sides come to this case with their own perceptions, recollections, and even potential biases. It is in part for that reason that genuine disputes are generally resolved by juries in our adversarial system. By weighing the evidence and reaching factual inferences contrary to Tolan’s competent evidence, the court below neglected to adhere to the fundamental principle that at the summary judgment stage, reasonable inferences should be drawn in favor of the nonmoving party.

The Fourth Circuit applied this fundamental principle from Tolan to Variety Stores, Inc.  Variety Stores, Inc., 888 F.3d at 662. The court noted that Wal-Mart’s evidence purporting to show weaknesses in Variety’s trademark was improperly uncredited. Id. Both parties had produced evidence, that in the Fourth Circuit’s view, genuinely disputed the strength of Variety’s “Backyard” trademark, an issue that should have been resolved by a jury. Id. at 663-64. The court vacated the judgment for partial summary judgment for Variety. Id. at 667.

Tolan expresses a fundamental principle that makes summary judgment such an “extraordinary” remedy. Crediting the non-movant with permissive inferences is crucial to allowing both sides an opportunity to be heard in a dispute.

Travelers is a well-established company, Number 106 on the Fortune 500 list, has been around since 1853, and has received lots of unsolicited media coverage. Id. at *3-4. Additionally, Travelers has used the Travelers name and mark since 1865 and has registered their mark with the USPTO under Reg. No. 1,611,053. Id. Below is the “promotional merchandise catalog” cover and clip of the “Un-Retirement Program,” a program for retirees to do temporary work with Travelers, which Travelers used in their USPTO specimen to prove its use in commerce. 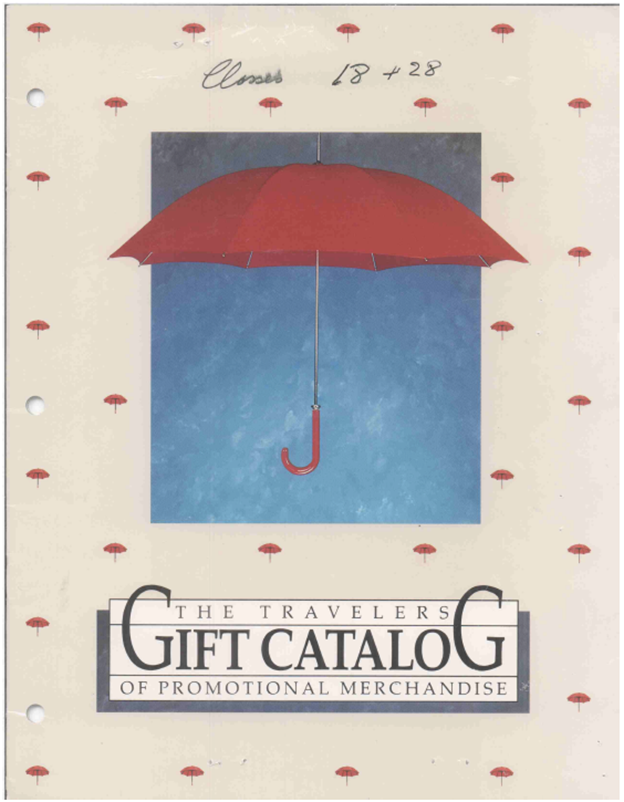 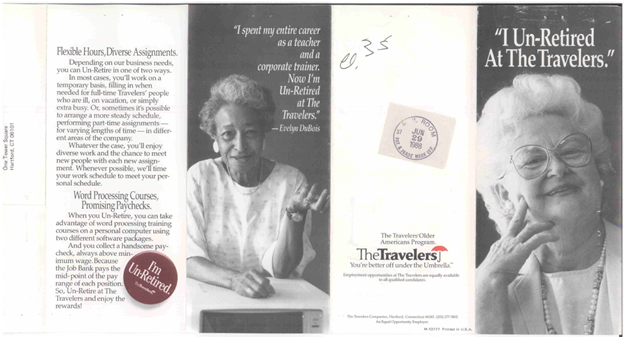 Travellers.com, on the other hand, is a site that provides links to other similar traveler insurance sites, and gets revenue on a pay-per-click basis for every time someone uses a link to another traveling insurance provider. Id. at *4. Travelers claimed that Travellers.com activities were cybersquatting, their website was unlawful, and their website infringed on Travelers’s mark. Id.

Just like many other 1L Property students, my Property class this semester began with everyone’s favorite fox hunter and the “saucy intruder” that ended up with the kill. Pierson v. Post, 3 Cai. R. 175, 181 (Supreme Ct. NY 1805). Pierson takes the seemingly simple concept of possessory rights but asks the necessary question – what is possession of a fox? Id. at 177. After going through many historical authors, the court in Pierson determined that possession of the fox was established by killing or mortally wounding it. Id. at 177.

Travellers.com’s use of the rule of capture was a creative yet wholly ineffective defense to a finding of bad faith intent to profit off of the Travelers mark. So far, in Property I, I have been learning that many people may be asserting a right to property, but the big question is finding out who has the superior right in a controversy. Introducing the concept of proper “signaling” of property ownership is effectively presented by Pierson v. Post.

“That doesn’t look too bad,” I thought to myself while scanning through my Civil Procedure reading assignment over Rule 56, Summary Judgment. Fed R. Civ. P. 56 (2020). Then I had the pleasure of reading Celotex Corp. v. Catrett and discovered that if you don’t pay attention to which party bears the burden of proof, you could be in trouble. Celotex Corp. v. Catrett, 477 U.S. 317 (1986). This is where Exigent Technology, Inc. (Exigent) found themselves in 2006 in the process of pursuing an infringement action against Atrana Solutions, Inc. (Atrana). Exigent Tech., Inc. v. Atrana Sols., Inc., 442 F.3d 1301 (Fed. Cir. 2006). 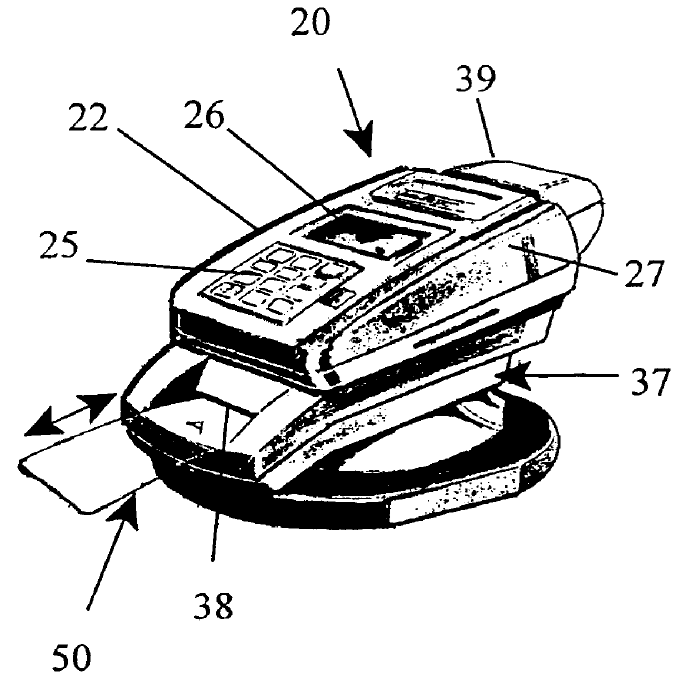 Exigent owned U.S. Patent No. 6,651,885, a “multi-function transaction processing system,” which includes a transaction processing system with the ability to attach a payment to a user account, among other functions, and alleged infringement literally or through the doctrine of equivalents. U.S. Patent No. 6,651,885 (filed Jun. 8, 2000; issued Nov. 25, 2003); Exigent Tech., Inc., 442 F.3d at 1303-04. The general idea was to expand the traditional debit/credit card transactions by issuing “authorization codes” to purchasers on a card, which could have other purchases attributed and stored on it. U.S. Patent No. 6,651,885. The system was designed to rid merchants of the cost of selling multiple cards that only contained singular access codes, like a pre-paid minutes card for calling long-distance, and put them all on one larger card assembly (shown below). Id. The above illustration shows a familiar looking terminal (20) but includes a large card printer (where the purchased information is stored) (37). Id. at fig.1. 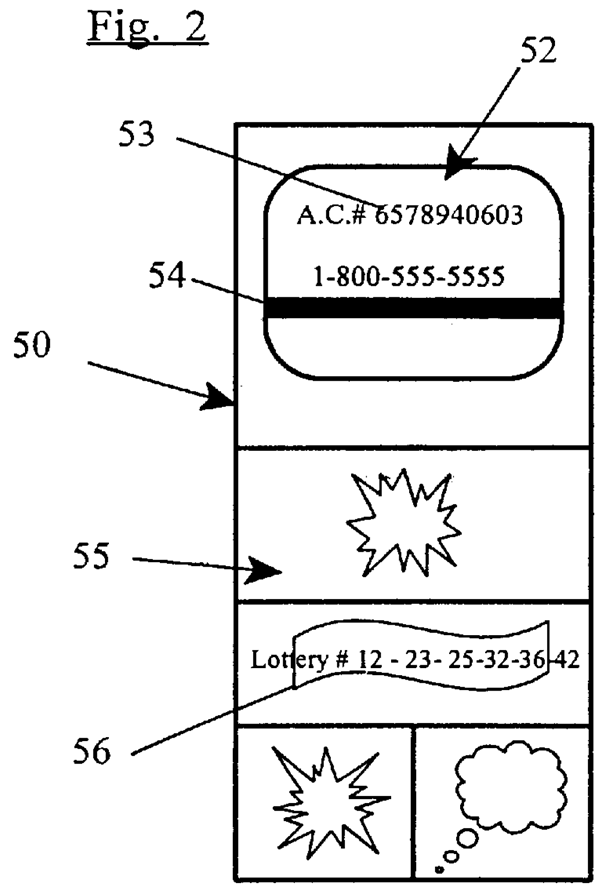 Enter Celotex. If summary judgment is the treasure you seek, Celotex is your treasure map. It is the Supreme Court’s definitive guide to supporting a summary judgment motion when the non-moving party holds the burden of proving its case at trial. Celotex arose out of a wrongful-death complaint brought by the respondent, Catrett, who alleged that her husband’s exposure to asbestos-containing products (including those manufactured by Celotex) caused his death. Celotex Corp., 477 U.S. 317 at 319.

Celotex moved for summary judgment asserting that Catrett produced no evidence that any Celotex product was the proximate cause of her husband’s death, and that Catrett could not identify any witnesses that could testify to her husband’s exposure to Celotex’s asbestos-containing products, thus there was no genuine issue of material fact. Id. at 319-320. The trial court granted the motion, but the D.C. Circuit reversed, holding that since Celotex did not try to produce evidence in support of their motion (i.e., prove that Catrett’s husband was not exposed to Celotex’s products), they were not entitled to summary judgment. Id. at 321-22. The Supreme Court then reversed again, holding that summary judgment was proper in that instance. Id. at 328. The Court reasoned that where the nonmoving party has the burden of proof of a dispositive issue at trial, the moving party need only point out to the trial court that there is no evidence supporting the nonmoving party’s case, which discharges the moving party’s usual burden to show an absence of genuine dispute of material fact. Id. at 325.

The Court noted the spirit of Rule 56 in the holding of Celotex:

Celotex turned out to be bad news for Exigent, who argued in the Federal Circuit that Atrana did not properly support their summary judgment motion with admissible evidence showing non-infringement. Exigent Tech., Inc., 442 F.3d at 1308. This was in reference to an arguably inadmissible declaration from Atrana’s CEO. Id. The Federal Circuit noted that it ultimately did not matter whether the declaration was admissible as evidence because Atrana, the moving party, successfully discharged their burden of proof on the dispositive issue of non-infringement, by pointing out that Exigent had no evidence of infringement. Id. at 1309. The Federal Circuit held that Exigent did not advance any argument or bring any evidence of infringement, and therefore summary judgment was proper. Id.

Summary judgment is a remedy that arguably helps the courts “secure the just, speedy, and inexpensive determination of every action and proceeding.” Fed. R. Civ. P. 1 (2020). The irony is not lost on me that a remedy that can speed up an action resulted in further litigation, stringing out the action for both parties.