From the Patent Office perspective, the long backlog-queue does not hamper compact prosecution because substantive examination generally begins only once the patent application makes its way to the front of the backlog queue.

The applicant perspective is somewhat different. For applicants, substantive prosecution begins with preparing the patent application and eventually continues with office action responses and potential agreement on final claim language.  I am beginning a project that looks at how the backlog impacts prosecution from the attorney side. As the first blunt analysis, I looked at the prosecution history files for 90 randomly selected recently issued patents and compared the practitioner signature of (1) the application as filed; (2) the first response to a non-final office action (if any); and (3) the issue fee transmittal. 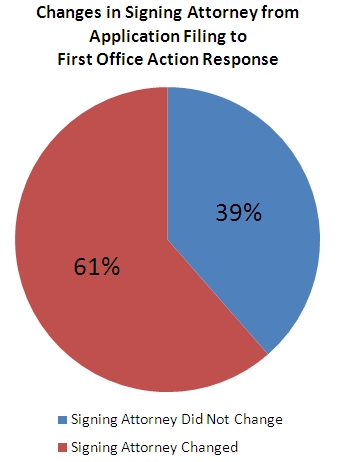