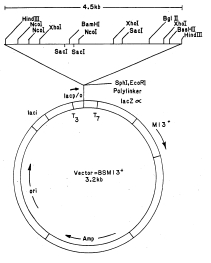 MDL, a purchaser of Thermus aquaticus DNA polymerase or “Taq” (a component used in performing polymerase chain reaction), brought suit against Roche, Applera and others for violations of the Sherman Act, allegedly arising from Roche’s enforcement of U.S. Patent No. 4,889,818 (“the ‘818 patent”) knowing that it had been procured through inequitable conduct.  The ‘818 patent claims a thermostable DNA polymerase isolated from the Thermus aquaticus bacteria.  Defendants moved to dismiss the complaint on several bases including (1) lack of standing, (2) tolling of the statute of limitations, (3) failure to sufficiently allege a conspiracy, and (4) failure to comply with the pleading requirements of Rule 9.  The D.C. District Court denied Defendants’ motion in its entirety, with a minor exception that precluded MDL from seeking damages for the period prior to the four year statute of limitations period prior to its filing of the suit.

Standing:  Roche and Applera contended that MDL did not have standing to bring a Walker Process claim because MDL was merely a consumer and not a competitor or an entity against whom the patent could be enforced.  Although the Court noted that it could not identify a case where a consumer rather than a competitor brought a Walker Process claim, it rejected Roche’s argument.  Distinguishing or outright rejecting Roche’s cited case law, the Court stated that the harm required to confer standing is not “the invalid patent, but the use of the invalid patent to establish a monopoly.”  The Court analogized it standing argument to standard antitrust actions, wherein consumers are sufficiently injured by the anticompetitive conduct to have standing to raise an antitrust claim.  Stating a concern about adopting a broad rule on standing, the Court then briefly analyzed a series of other factors before denying Roche’s motion to dismiss on the standing issue.

Statute of Limitations:  Applera argued that MDL had knowledge of the unenforceability of the patent nearly five years before it brought suit, based on a district court’s finding of inequitable conduct in a California case between Roche and Promega.  Applera therefore contended that MDL was barred from bringing its clam because the statute of limitations for antitrust claims is four years.  After an extensive discussion of the course of the Promega case, and of MDL’s argument that the fraudulent concealment doctrine precluded barring MDL’s claim based on the statute of limitations, the Court found that MDL had the requisite knowledge some five years before it filed suit, and thus its claims were barred.  One particularly interesting finding of the Court was that because MDL was a participant in the same industry as Roche and Applera, “it [was] appropriate to impute knowledge of events that were widely circulated within the relevant scientific community.”  However, the Court then applied the continuing violation theory in holding that MDL would be allowed to pursue redress for injuries suffered during the four year period before it brought suit.  The Court again noted the distinction between parties against whom an invalid patent is enforced and parties who suffer from the antitrust injuries arising from enforcement of the invalid patent.  Because MDL’a alleged injury was the artificially high prices for Taq, the Court found the continuing violation theory to apply and thus allowed damages claims for the 4 years prior to the suit.

Conspiracy Allegations:  Applera argued that MDL had failed to sufficiently allege any agreement to achieve an unlawful goal.  In rejecting Applera’s motion on this ground, the Court relied on the Supreme Court’s admonition against granting a dismissal of a conspiracy claim without allowing discovery to obtain evidence that “is largely in the hands of the alleged conspirators.”  The Court further noted that Roche and Applera’s claims that their conduct was legitimate business conduct failed to carry the day, because legal conduct can lose its legal character when it is performed in furtherance of an “unlawful scheme.”  The Court found that MDL had sufficiently plead the existence of concerted activity which could render the “legitimate conduct” to be the basis of an unlawful conspiracy, and thus denied Roche’s motion to dismiss.  Factors considered by the Court included allegations that Roche and Applera had entered into agreements related to the “development, licensing and use of Taq” and Applera’s participation in the Promega suit.

Lack of Particularity in Walker Process Claims:  Applera further argued that MDL had failed to comply with the requirements of Rule 9 in pleading Applera’s knowledge of the underlying fraud.  The Court first questioned whether Rule 9 even applied to a Walker Process claim.  However, the Court found that even if Rule 9 applied, Applera had sufficiently alleged knowledge because Rule 9(b) only requires that [scienter] be alleged generally.  The Court then noted that the pleading would even be sufficient even under more stringent scienter standards, such as those adopted in the Second Circuit.

Richard Carden is an intellectual property litigator at MBHB with litigation experience in cases involving diverse technologies, including medical devices, diagnostic equipment, pharmaceuticals, injection-molding systems, and automotive refrigerants.  His background includes a BSE in chemical engineering from Tulane University, an MS in chemical engineering from the University of Pennsylvania, and JD from Washington University in St. Louis.

One thought on “Court Finds Standing for Consumers to Bring Antitrust Claim of Asserting an Invalid Patent.”