In a somewhat random fashion, I pulled up a few file histories for patent applications classified in Class 705 (Business Methods) to see the extent that the PTO is asserting unpatentable based on the statutory subject matter requirements of 35 USC 101. I have attached a few of the exemplary statements from PTO Rejections: 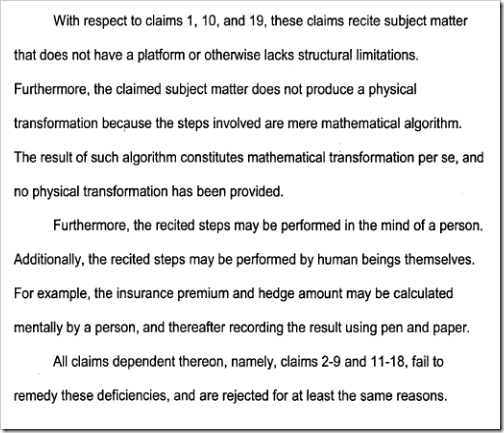 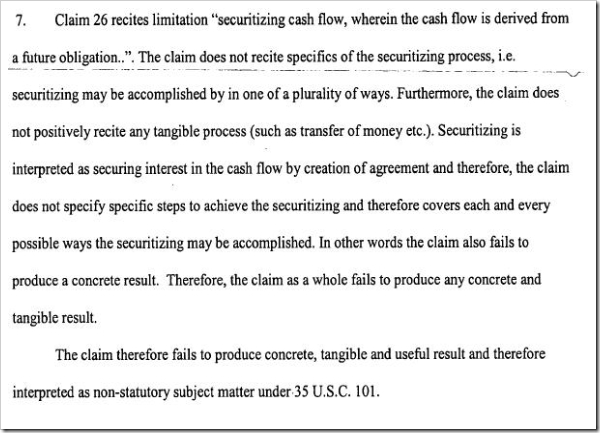 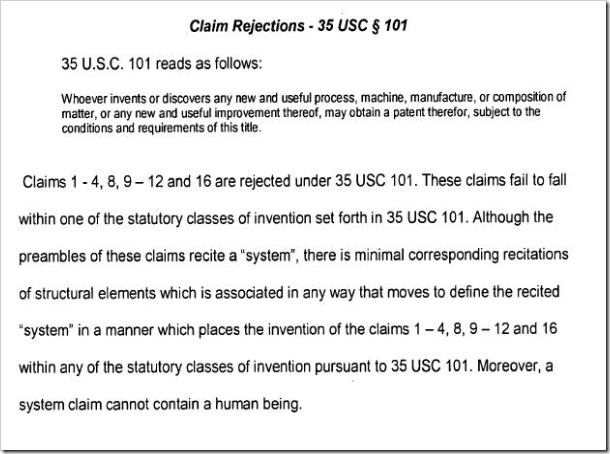