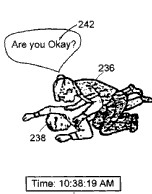 [Updated] Hutchins is an individual inventor and represented himself pro [se] before the district court and on appeal. Hutchins’ patent relates to computer aided CPR. (U.S. patent no. 5,913,685). The district court granted summary judgment of noninfringement in favor of Zoll.

32 thoughts on “CAFC: General Purpose Computer Does Not Include RISC Processor”