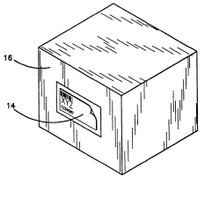 A jury found that the defendants were contributory infringers; had induced infringement of the claims; and were willful infringers. The district court overturned the willfulness finding but then issued a permanent injunction barring the defendants from using, selling, offering to sell, or importing the Smart Surface Placard that was used to re-label reusable containers in violation of the method claims.

On appeal, the CAFC quickly reversed the injunction finding it over-broad. In particular, because the products themselves do not infringe, the injunction should not prohibit sales for export.

This case again raises the general issue of how injunctive relief should be formulated against contributory infringers of a method claim.

3 thoughts on “CAFC Reverses Injunction Against Contributory Infringer as Overbroad”