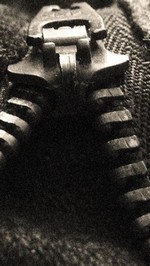 The comments to my recent post on the First-to-File legislation raised several important issues that need some unpacking.

Separating First-to-File from Absolute Novelty: There is a tendency to conflate a first-to-file system with a system requiring absolute novelty.  At the surface, these two systems may appear linked — Both rules shift the legal inquiry from the date of invention to the date of application filing.  This natural linkage has been reflected in the various patent laws: first-to-file countries generally also require absolute novelty, while the US (the first-to-invent country) allows a grace period.

Despite their usual link, the two policies are separable. We could implement a first-to-file system that conclusively determines competing priority claims by looking only to effective filing dates but, at the same time, allow a one-year grace period when judging novelty and nonobviousness.  From my experience, the concerns of most patent applicants are more focused on the problem of novelty rather than rare interference issues.

As Mark Lemley has noted the current legislation already does this in two ways: (1) granting a grace period for inventor-originated disclosures; and (2) providing that the first-to-file system will only be implemented after the rest of the world adopts the grace period (in House bill only).

When you try to help, you actually harm: One of our European readers commented that the American grace period is essentially a subsidy to the rest of the world.  According to the story, the grace period lulls American inventors into disclosing prior to filing for protection.  Those inventors can still pursue US patent applications, but will be unable to obtain patents elsewhere. The quote: “Thank goodness USA perseveres with the grace period. Otherwise ROW really would be dominated by US IPR.”

Rule 131 Declarations: How weak does your patent become after filing a Rule 131 declaration? If you received an office action rejection and had solid arguments of both (1) your prior invention and (2) nonobviousness.  Would you rather (1) file a Rule 131 declaration and avoid characterizing the reference and your invention; (2) explain why the claimed invention is not obvious even in light of the asserted art; or (3) both.