Lost Profits: In this decision, the CAFC affirmed that the Mars corporate structure (designed to avoid certain taxes) eliminated the company’s ability to recover damages under a “lost profits” theory.  Usually, lost profits are only available when a patentee is a market competitor. Mars itself has never made vending machine coin changers. However, its wholly owned subsidiary, MEI, did operate vending machines and licensed the patents on a non-exclusive per-use basis.  Although it was a wholly owned subsidiary, the court found that MEI’s provable lost profits due to the CoinCo infringement did not translate to lost profits for the patentee itself (Mars).  Of particular importance was the license structure between MEI and Mars that called for a straight per use license rather than a license based on a measure of profits.  Rather, lost profits require a showing that the patent holder itself had lost profits.

This decision can be seen as a continuation of the 2004 Poly-America case where the court held that the patentee could not recover lost profits for damages felt by a sister corporation. Lost profits damages are usually preferred to damages calculated as a reasonable royalty because the lost profit calculation typically results in a larger number. 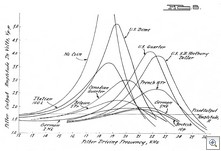 Curing standing: In patent cases, standing is typically determined at the point that a claim is filed. Here, we have a seeming loss of standing. In the 2005 Schreiber decision, the CAFC held that a “temporary loss of standing during patent litigation can be cured before judgment.” Despite a half-hearted attempt, the court found that Mars had not properly cured its standing because MEI did not transfer complete ownership back to Mars.