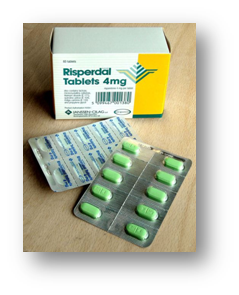 Like most of today’s pioneer-generic drug patent battles, this case involves multiple parties all looking for some advantage in the end-game battle over exclusivity.

Three JANSSEN patents are listed in the FDA orange book as covering its blockbuster anti-psychotic drug sold under the name Risperdal. ($2.5 billion in 2007 sales). TEVA was the first to challenge the patents and receives the Hatch-Waxman 180 days of generic market exclusivity. APOTEX came later and hoped to shorten TEVA’s clock by invalidating the patents. The Federal Circuit, however, rejected APOTEX case – finding no declaratory judgment jurisdiction. In particular, the court saw no case or controversy between APOTEX and JANSSEN. (APOTEX wanted to shorten TEVA’s rights).

TEVA had challenged only two of the three JANSSEN patents. On June 29, 2008, the unchallenged patent expired and the next day the FDA approved TEVA’s generic application. To date, however, the generic company has apparently not yet launched. TEVA’s 180 day clock will not be triggered until either (1) it launches its generic alternative or (2) the other two patents are found invalid by a court. If the court invalidates the JANSSEN patents, then TEVA’s 180 days will end sooner – allowing APOTEX to enter the market at an earlier date. (TEVA’s 180 days would have been triggered even earlier if APOTEX had successfully challenged the third patent (the ‘663 patent). It instead agreed that the ‘663 patent was valid.). To get out of the case, JANSSEN promised not to sue APOTEX on the other two patents.

On appeal, the three judge panel (CJ Michel, J Moore, and J Rader) recognized the harm APOTEX was feeling – but decided that the harm was not sufficient for declaratory judgment jurisdiction.

What are they talking about?: This decision involves a multi-billion dollar drug and APOTEX – a leading generic provider – would be in a position to obtain at least millions in generic sales by launching sooner. Furthermore, the harm to APOTEX is not just waiting more than the 180 days, but also in giving TEVA more time to solidify its generic market position down the road. YET, the court concludes that the harm is “not sufficient to give rise to declaratory judgment jurisdiction.”

Head in the Sand: It turns out that the court based its ruling on facts developed before we knew that TEVA would delay its launch:

The CAFC is probably correct that when the lower court made its decision months ago, the harm – TEVA’s potential delayed marketing after expiration – was too speculative to support DJ jurisdiction.

Now that TEVA’s delay is no longer speculative, APOTEX may well be able bring suit to invalidate the JANSSEN patents. However, that result is merely my own speculation.