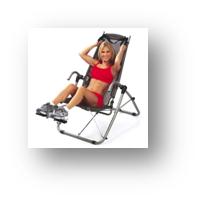 In 2002, Monit – an individual inventor – approached FQ with his idea for personal exercise equipment. FQ agreed to a confidentiality & nondisclosure agreement, but FQ eventually walked away from the deal.

In 2003, FQ began making the now-popular “Ab Lounge” and Monti sent a letter accusing the company of infringement and breach of the confidentiality agreement. FQ quickly filed for declaratory relief.

Disclaimed Needed Scope: Claim construction focused first on the term “back extension” in the apparatus claims. Monti argued that “back extension” could include pushing back in the Ab Lounger. The court rejected that argument because Monti’s application specifically disclaimed

coverage of back extensions that require pushing.

From the patent: “Many Nautilus TM type machines have been constructed in the prior art to mimic this movement and add resistance to it, biomechanically, the core movement of this type of machine was a pushing movement. This is a distinct disadvantage of the prior art methods of back extension. Also, this does not fall within the scope of Kinesiologically Correct TM [i.e., this invention].”

One of the asserted claims (claim 28) does not, however, include the back extension limitation. Apparently, the disclaimer only applies to the coverage of the “back extension” term. Consequently, the Federal Circuit held that that claim may still be infringed (pending reconsideration by the lower court.)

Monti clearly advocated that the system must determine that amount of force to apply with reference to the weight of the individual using the device. This position is directly contrary to his current position, which is that the force producing assembly applies a force irrespective of the user’s weight. The Court adopted Monti’s previous construction and finds that FQ would suffer an unfair detriment if Monti was not estopped because Monti could defeat summary judgment by assuming a contrary position now that the facts show his prior position is unhelpful to him. 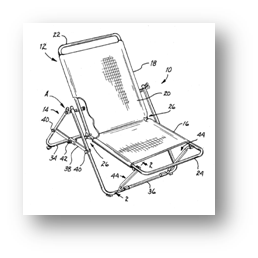 Here, the Federal Circuit vacated the finding of judicial estoppel – finding that Monti’s new claim construction argument was not “clearly inconsistent” with his prior winning position. Rather, the Federal Circuit saw Monti’s explanation as an attempt to distinguish “selectively applying” in the asserted claim from a “selectively adjusting” limitation in another claim. “This was not “clearly inconsistent” with his arguments on summary judgment, making the application of judicial estoppel inappropriate.”

Breach of Contract (Confidentiality): The breach of contract ruling is also interesting. During discussions Monti sent the following message to FQ: “After using the machine I noticed that it would be better for me to take the back extension out and lower the pivot point.” According to Monti, FQ then disclosed the beneficial aspects of lowering the pivot point (but not removing the back extension). On appeal, the Federal Circuit did could not find any breach of confidentiality because Monti had not disclosed that “lowering the pivot point alone has any benefit.”