Earlier, I published the results of a study of rising claim counts in issued patents over time. My data for that study ended in 2005. I have now updated the dataset for patents issued from 2006 to mid 2009. The results – based on the average of all utility patents issued during those years – are shown in the table below. 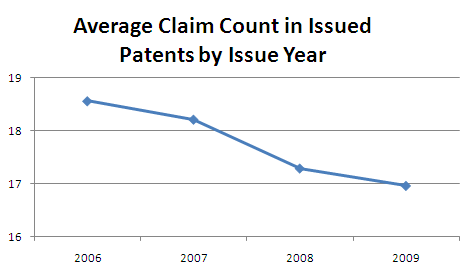 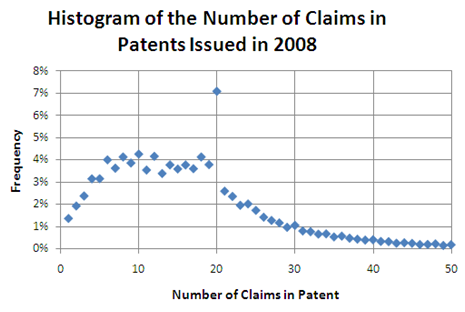