Of course, the main point about inter partes reexaminations is that the process can be incredibly slow if either party pushes. Only about 50% of the inter partes reexaminations filed 2001-2005 have been completed either through issuance of a reexamination certificate (on the merits) or procedurally terminated. Overall, the reexamination certificates took an average of 37.5 months to issue (median of 34.4 months). When all is said and done, this pendency will be much longer since the slow and/or hotly disputed cases are all still pending. Only one (1) of the completed cases received a BPAI decision (all claims were cancelled after BPAI affirmed) and no completed cases have received a court decision. 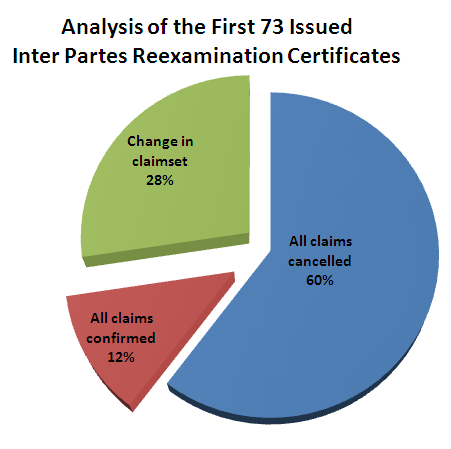