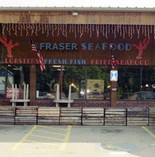 The Fraser Patent No. 4,781,930 covers a method of soaking fish in oil before freezing the fillets. The only claim reads as follows:

A method of preparing a fish product comprising filleting a fish to appropriate thickness, immediately immersing the filleted fish in a vegetable oil for a period of 5 to 10 minutes at room temperature to effect absorption of the oil to a depth such as to inhibit excretion of the natural fluids from the fillet and prevent incursion of air and moisture, draining the excess oil from the surface, covering the surface with crumbs and then freezing the fillet.

The district court granted summary judgment in favor of the defendants:

The Federal Circuit affirmed each of these decisions and then turned to the issue of sanctions:

“The district court noted that Appellants did not provide any of the defendants with any notice of their patent, that they did not question any defendant concerning the manner of fish processing, and in the case of Midship and Good Harbor, that they did not even inquire as to the existence of these defendants prior to bringing suit. The record shows that Appellants proceeded to file suit without ascertaining correct names of some defendants. Despite detailed letters from counsel for various defendants explaining their clients’ processes and pointing out the differences between those processes and the patented process, Appellants continued to press forth the litigation. Appellants continued despite the district court’s clear explanation at a hearing that they could not prove infringement merely by proving the presence of oil as an ingredient on the list of the products at issue.”

In the end, the court affirmed the minimal sanction of only $500 per defendant.