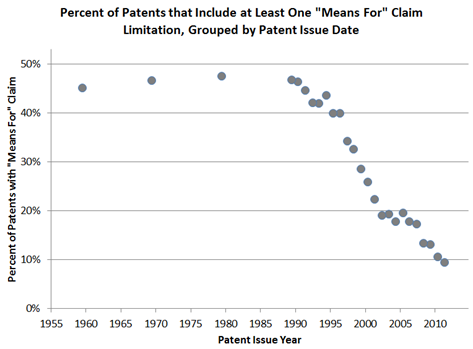 The chart above shows the continued decline in the use means-plus-function claim limitations in U.S. Patents. To create the chart, I identified a sample of patents for each year and then used an automated search query to count the percent of patents that use the phrase "means for" in the claim set. This chart is even more dramatic if you consider that the average number of claims-per-patent has dramatically increased during this same period.

49 thoughts on “The Frequency of Means-Plus-Function Claims”