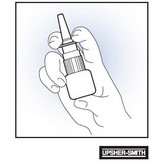 One critical reading of this case is that the Federal Circuit intends to continue to take steps to ensure that important chemical formulation patents are considered valid. In particular, the court explicitly aligns the obviousness analysis of claims for formulations of known compounds with that of claims for novel compounds.  In doing so, the court seemingly ignores KSR’s negative outlook on combination claims.  The case is also important in the way that the (unclaimed) purpose of a particular element of a combination claim can be used to overcome an obviousness argument.

In particular, the prior-art Miacalcin spray includes 2,200 I.U./mL of calcitonin and also sodium chloride, nitrogen, HCL, water, and benzalkonium chloride. Unigene’s Fortical contains the same amount of calcitonin, along with 20  mM  citric acid, polysorbate 80, phenylethyl alcohol and benzyl alcohol. These contents in their required ratios are claimed in Unigene’s patent.

On summary judgment, the district court dismissed Apotex’s obviousness defense — holding that, as a matter of law, the asserted claims would not have been obvious at the time of invention.  35 U.S.C. 103(a).

On appeal, the Federal Circuit affirmed and provided a further analysis of how the Supreme Court’s KSR decision applies (or does not apply) in the chemical arts.

Begin with a “lead compound” or “reference composition”: In most chemical-compound cases, the obviousness analysis begins with the closest prior art compound — termed a “lead compound.”  In this type of composition claim, an ordinary approach is to begin with a “reference composition.” Here, that reference is the Miacalcin formulation.  Here, there was a strong market demand to identify a bioequivalent composition that avoids the Miacalcin patent since a bioequivalent would have the best chance of receiving FDA approval.

Although the prior art would point one of ordinary skill in the art toward a particular starting point and provide motivation to develop a bioequivalent, these factors to not indicate which bioequivalent among an infinite number of possible formulations is the best.

Here, Unigen focused on its use of 20  mM  of citric acid as a absorption enhancer and surfactant in Fortical.  The prior art Miacalcin uses BZK for that function.  A prior art reference showed experimental data that citric acid mixed with calcitonin in tablet form increased absorption. However, the court ruled that reference “would not cause a person of ordinary skill to replace BZK in Miacalcin  with  20  mM  of  citric  acid  in  the  normal  course  of research and development[, and therefore citric acid] would not be an obvious substitute for BZK’s functions.”

Unclaimed Function, Critical Importance: In making its decision, the court makes an important leap that is critical for its decision — namely that the role or function of citric acid in the claimed invention is as an absorption enhancer and surfactant.  The claims do not require that functionality.  However, the court determined that the citric acid actually serves as a substitute for BZK and therefore its addition will only be obvious if it would have been obvious as a substitute for BZK.

In addition, the prior art used different concentration levels of citric acid and only non-human mammalian tests — factors that tend to disrupt any obviousness argument.

Notes from around the patently-o-sphere: