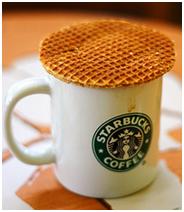 A Minnesota jury awarded $6.8 million in lost profit damages to August Tech – holding that the defendant CamTek’s “Falcon” silicon wafer inspection device infringes claims 1 and 3 of the asserted patent and that those claims are not invalid. (See U.S. Patent No. 6,826,298).

Six Year Background: The infringement litigation was originally filed in July of 2005, a Markman hearing was held in September 2007, and a claim construction order issued in 2008. The trial concluded in 2009 and a final judgment issued in 2010. The appeal was then timely filed resulting in this 2011 opinion. On appeal, the Federal Circuit have pushed “rewind” – ordering the District Court to reverse its claim construction decision and vacating all of the subsequent decisions on infringement, validity, damages, and injunctive relief.

Can a “plurality of wafers” all come from the same wafer?: In semiconductor chip manufacturing, individual chips (AKA dies) are usually manufactured as part of a large silicon wafers that is then divided into a number of identical dies. The patent specification in this case continually refers to operation on wafers “in whole or in part.” And, in construing the claim term “wafer” the district court concluded that a wafer might be only a portion of the large round so long as it contains multiple dies. The claims also include a step that involves inputting a “plurality of wafers” into the inspection device in order to train the device. Apparently the accused device is usually trained with multiple sections of a single large wafer. And therefore, the contested claim construction issue was whether the “plurality of wafers” limited could be construed to include a plurality of sections of a single wafer.

Avoiding Superfluous Terms: On appeal, the Federal Circuit (Moore, J) concluded that “most logical reading of these claim limitations” is that the claimed “wafer” is a single object and that a “plurality of wafers” must be more than one of those objects. Otherwise, the word “plurality” is “superfluous.” On remand, the district court must consider whether the accused device infringes the more narrowly construed claims.

On-Sale Bar and Obviousness: Prior to the conception of its patented invention (and more than one year before its application filing date), August Tech had sold a different machine (the customized NSX-80). Apparently CamTek did not have sufficient published material regarding the prior machine, and instead argued that the on-sale bar of 102(b) treats the NSX-80 as prior art. Although not identical to the invention, CamTek posited that the patent was obvious in the face of the NSX-80 combined with other prior art available at the time of the invention. The district court rejected this argument – holding that, under Pfaff, the on-sale bar does not apply because the claimed invention was not “ready for patenting” at the point of the prior offers for sale.

In six pages of dicta, the Federal Circuit rejected a narrow view of 102(b)/103(a) prior art – writing instead that the “ready for patenting” prong of Pfaff is triggered if the invention is conceived of at least by the 102(b) critical date of one-year prior to the application filing date. For the on-sale bar to be triggered, the “offer for sale” needs to still “remain open” at the time of the conception.

The ruling is clearly dicta because the court held that the addition of the machine to the prior would not, as a matter of law, render the claimed invention obvious.

Finally, the court noted an additional quirk of the lower court’s injunction where it enjoined the adjudged infringer “from communicating with third parties in the United States for the purpose of offering to sell accused devices for use outside the United States.” That ruling may be implicated by Transocean Offshore Deepwater Drilling, Inc. v. Maersk Contractors USA, Inc., 617 F.3d 1296, 1309 (Fed. Cir. 2010).