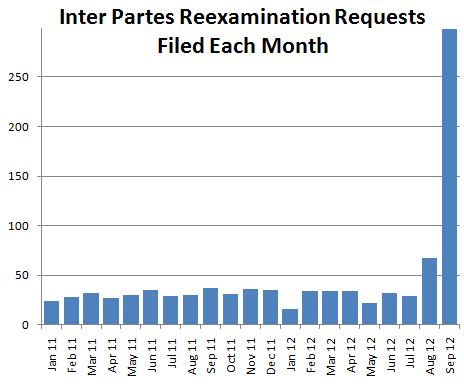 The Central Reexamination Unit (CRU) may be working quite hard for the next three months to meet the 90–day deadline for determining whether or not to grant the petitions.

This suggests that many potential patent challengers are not happy with the new system.