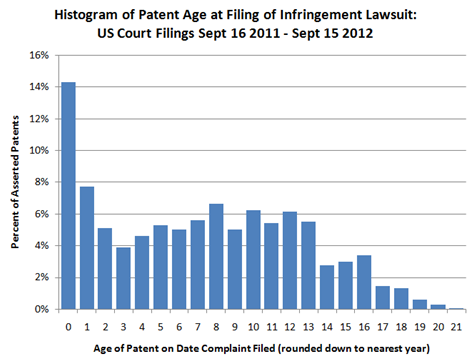 The chart above is a histogram showing the age of utility patents at the time when an infringement complaint is filed. I used the Derwent LitAlert patent database and limited the search to only lawsuits filed Sept 16, 2011 – Sept 15, 2012 (this avoids false marking cases). I also excluded cases that were identified as declaratory judgment lawsuits in the LitAlert database. The data has some holes but it is roughly accurate.

116 thoughts on “Age of Patents when Asserted”