This post is a follow-up on my November 2012 discussion of provisional rights entitled Provisional Patent Applications as a Flash in the Pan: Many are Filed and Many are Abandoned. 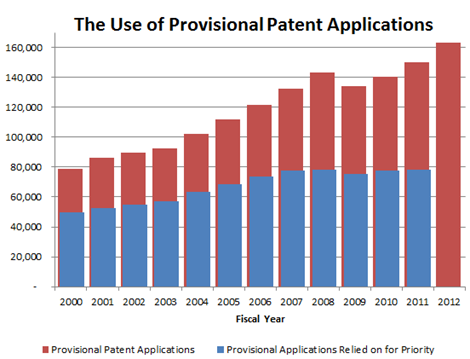 The second chart (labeled Abandoning Provisional Applications) reformats the information from above to show the percentage of provisional applications that are abandoned without being relied upon as a priority document. 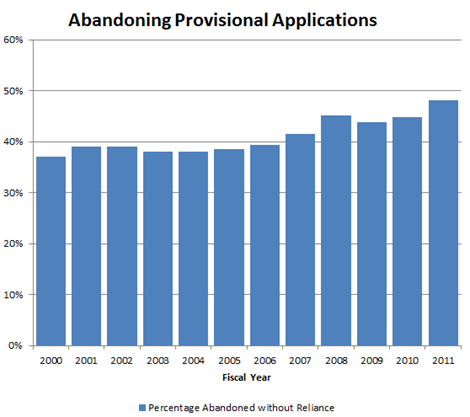 As I previously wrote, the significant and growing number of provisional that are abandoned-without-reliance is a sign that patent applicants are very much using the non-provisional/PCT application filing as a culling point. These are big numbers – for FY2011 we're talking about over 72,000 provisional applications that are lost in the wind.