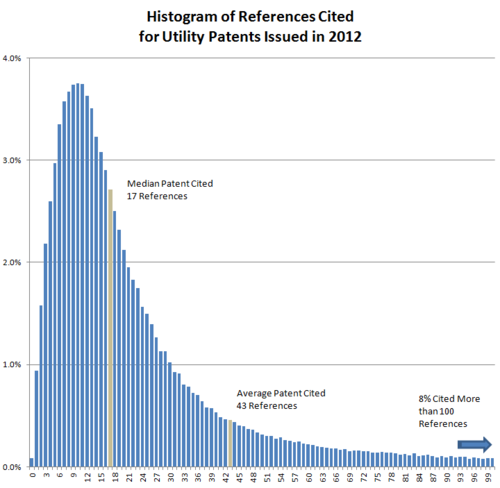 The chart above shows a histogram of the number of references cited on the face of utility patents issued in the calendar year 2012.  As is apparent, this is a highly skewed dataset with a long tail.  Over the past five years, the percentage of patents citing more than 100 references has risen from 3% in 2005 to more than 8% today.  Obviously, an examiner is unlikely to thoroughly review more than 100 references during the ordinary patent prosecution process. Once we all agree on that fact, the 100+ references do not create real problem so long as the USPTO examiner has data processing tools to help discover important elements within that focused set of references.