From the chart, about 10% of the applications filed 18-months ago have already issued as patents, and about 50% of the applications filed four years ago (January 2009) have issued. The chart is intended to provide some sense of how long it might take to obtain patent protection.  With the advent of fee-based accelerated examination, an applicant can largely direct its patent timing.  The question for quickly issued patents is whether that speed came at the sacrifice of adequate scope. 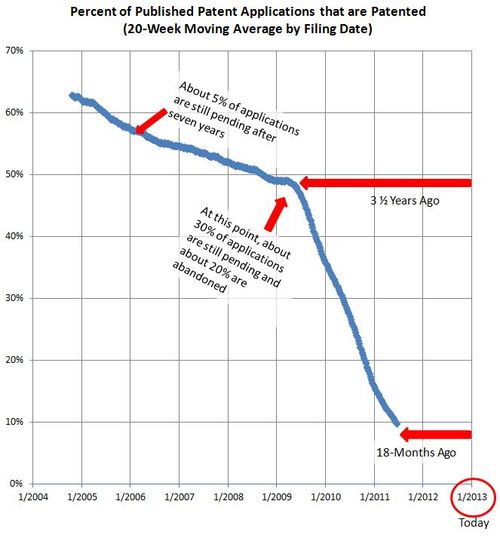 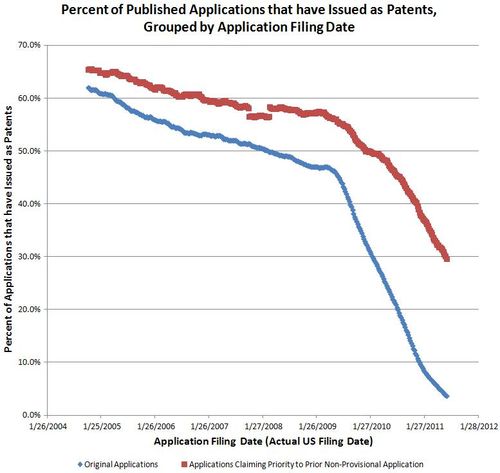 The seeming artificat in the continuation series (red) stems from a rush of continuation-application filing in the run-up to USPTO's (failed) implementation of continuation rules.  Because the rules were never implemented, many applicants abandoned those hastily filed continuations.

20 thoughts on “The Timing of Patent Grants”