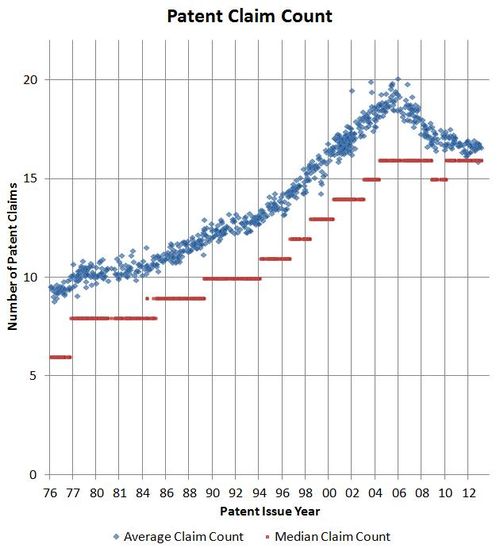 The chart above shows the average and median number of claims in issued patents, grouped by issue week. The median count is a 20-week moving average.  As you can see, over the past seven years, the number of claims-per-patent has dropped significantly. The average is almost always above the median and that difference is largely driven by outlier applications with large claim counts. However, that gap has shrunk in recent years and I expect that trend to continue as the PTO further increases the costs associated with "jumbo" patents.  These days, many applicants will choose two patents over one large patent.

7 thoughts on “Claims in Issued Patents”