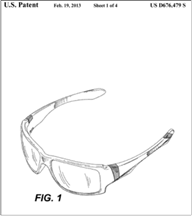 Dent sued Baker in the United States District Court for the Eastern District of Missouri alleging patent infringement. After receiving the complaint, Baker had his production manager (Morgan) review the product sales history. Morgan delivered an internal memorandum to Baker indicating that Baker sold 10,000 allegedly infringing sunglasses in the past year for a total revenue of $85,000. The report was marked "Confidential."

a) What information regarding the sales must Baker include in his initial disclosures under Rule 26(a)? (5 points)

b) Under what circumstances would a Court Order Baker to turn over the report to Dent? (10 points)

c) Assuming that the court has issued what Baker believes is an erroneous order forcing Baker to turn-over the report to Dent. Can Baker appeal that order? (5 points)

After trial, a jury returns a verdict for Dent and against Baker (finding infringement). Dent then sues Campbell in the same court also alleging patent infringement.

d) Can Dent assert either claim preclusion or issue preclusion in the case against Campbell? (10 points)

In the patent case against Campbell, patent infringement must be proven by a preponderance of the evidence. During discovery, Dent's expert provides testimony that Campbell's products infringe the patent while Campbell does not provide any competing evidence of non-infringement. Dent then moves for summary judgment of infringement. In response, Campbell only argues that a jury will find the expert testimony untrustworthy.

f) Can the US Government assert either claim preclusion or issue preclusion in the case against Baker? (5 points)

g)     Can Haseltine rely on either claim preclusion or issue preclusion in the case against Dent? (10 points)

h)     How can we know if the court was correct to send the question of validity to a jury rather than have that question be decided by the judge? (5 points)

The patent right is later fully and finally revoked by the US Patent Office. This means that the knock-off versions are actually legal to manufacture and sell in the US. In reaction, Vincent then files a class action lawsuit on behalf of all sellers of knock-off versions of Dent's sunglasses. The complaint alleges unfair competition based upon Dent's assertion of invalid patent rights and demands that the court force Dent to stop all enforcement activity and compensate businesses who suffered under the enforcement strategy. Vincent's information shows that there are more than 1,000 companies that stopped selling knockoffs because of Vincent's enforcement activities even though Baker, Campbell, and Haseltine were the only entities actually sued.

i)     What are the two most likely sections of Rule 23 that would be used to deny class certification in this case? (15 points)