The Patent Trial and Appeal Board (PTAB) is turning a corner in terms of its backlog of pending ex parte appeals with a significant drop in the backlog in March 2013. Still, there are more than 25,000 appeals pending decision by the board of administrative patent judges. 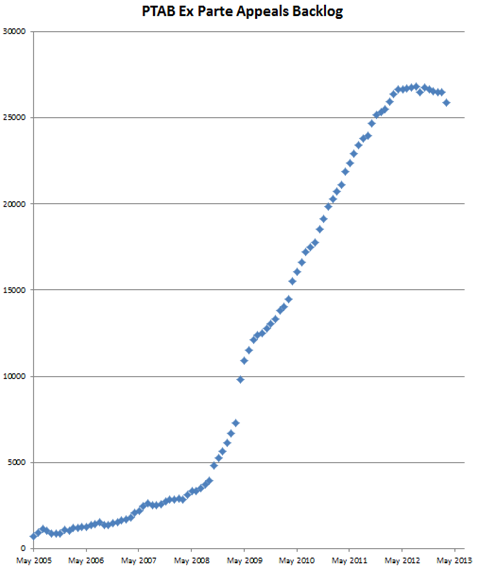 [Updated] I collected a small large sample of file histories (here, only 21 500+ file histories) for ex parte PTAB appeals decided in April 2013 to find an estimate of the current timeline for appeal decisions. The chart below shows a histogram of the decision timing based on the number of years from applicant’s filing of an appeal brief until the PTAB’s decision on the merits of the case. The median and average appeal pendency under this calculation is just over three years. 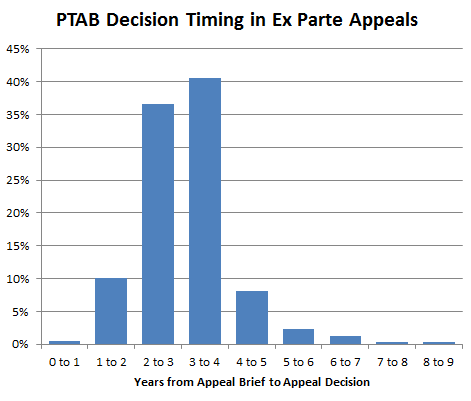