One problem with royalty agreements is the annual fight over whether the licensee is paying full royalties to the licensor. In a recently released report, the technology-license auditors at Invotex say that there is good reason for a fight based upon their finding that "89% of audited licensees underreport and underpay royalties." According to their audits, a full 25% of licensees were paying less than half of what they should. 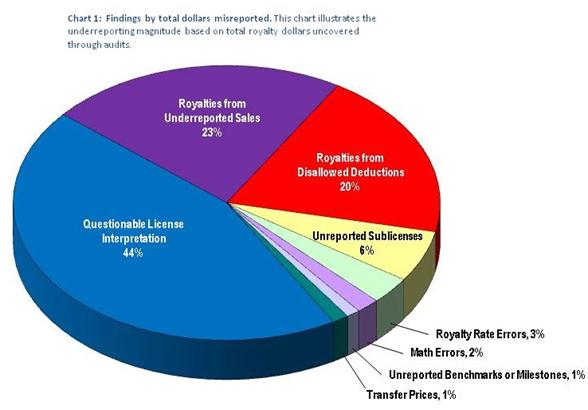 Now, one potential issue with this report is that Invotex has some amount of bias because the company primarily represents licensors willing to pay for an audit (and who have some suspicion of under-reporting). In addition, Invotex has a financial incentive to make audits appear larger. That said, the results found here are not surprising to me and attorneys should recognize that a licensor's role must be an active one.