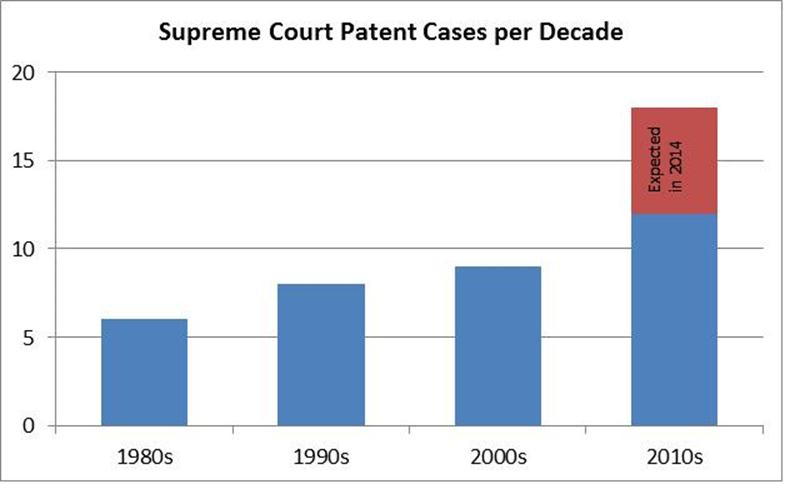 Only four years in, the 2010s have seen more Supreme Court patent cases than any decade since the 1960s. And, by the end of 2015, I expect that 1960 mark will also be surpassed. The record actually stretches back to the 1880s when the Court decided 145 patent cases. It was in that golden era of patent law that the Supreme Court defined many of the fundamental patent law doctrines that were later codified by Congress and that still exist in the law today. Almost every patent law question that arises today has already been addressed, in some way, by a 19th-century court.