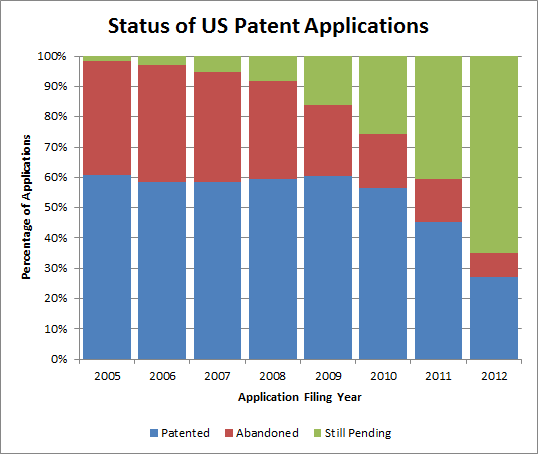 The chart above shows the current prosecution status of U.S. patent applications as either patented (blue), abandoned (red), or still pending (green). As you might expect, more recently filed applications have a greater percentage of applications still-pending, while fewer than 10% of those filed before 2009 are still pending.  You’ll note that the percentage of issued-patents appears relatively steady at about 60% over the filing-years 2005-2010. However, we can expect that figure to rise for the later-years in that group as the still pending cases are finally decided.

The applications here were considered through actions on October 1, 2014.  Thus, the 2012 applications have been pending between 1-year-9-months and 2-years-9-months.

The chart below looks at the same data, but limits it to only fully decided cases – those that are either patented or abandoned. 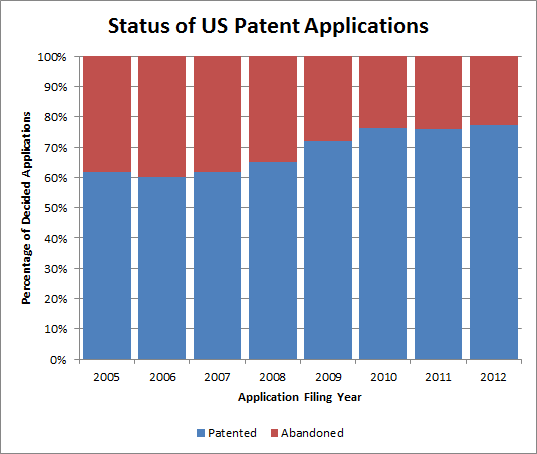 63 thoughts on “Status of US Patent Applications”