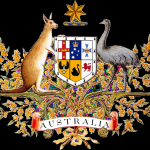 The High Court of Australia (HCA) has determined that Myriad’s claims to isolated DNA are not patent eligible — finding that the creation of this category of important rights is best left to “legislative determination.”

Australia’ patent statute is still keyed to the 1624 English Statute of Monopolies that allows for patents on “any manner of new Manufactures.”  Australia takes those “ancient” words and then applies a common law approach to determine its scope.  In general, Australian patent rights can only be granted on “something brought about by human action.”

Although it may be said in a formal sense that the invention as claimed, referring to isolated nucleic acids, embodies a product created by human action, that is not sufficient to support its characterisation as a manner of manufacture. The substance of the invention as claimed and the considerations flowing from its substance militate against that characterisation. To include it within the scope of a “manner of manufacture” involves an extension of that concept, which is not appropriate for judicial determination. Further, to include this class of claim within that concept would not contribute to coherence in the law. . . Nor do Australia’s international obligations and the differently framed patent laws of other jurisdictions, which were referred to earlier in these reasons, support the conclusion that this class of claim should fall within the concept.

In reaching its decision, the court reviewed US, UK, Korean, Japanese, and Chinese patent law to consider where beneficial harmonization may occur.