I was surprised when I ran these numbers and found that 4% of recently issued patents include a non-transitory claim limitation. (95% of these are in what I term computer-related arts).  For the most part, these are software patent claims.  However, because “software” per se is usually not considered patent eligible, patent attorneys moved toward claiming a computer-readable-medium having the software instructions stored therein.  More recently, the PTO concluded that those claims – when broadly interpreted – would encompass transitory signals which are not patent eligible under Section 101.  The PTO suggested that applicants amend their claims “by adding the limitation ‘non-transitory’ to the claims.” 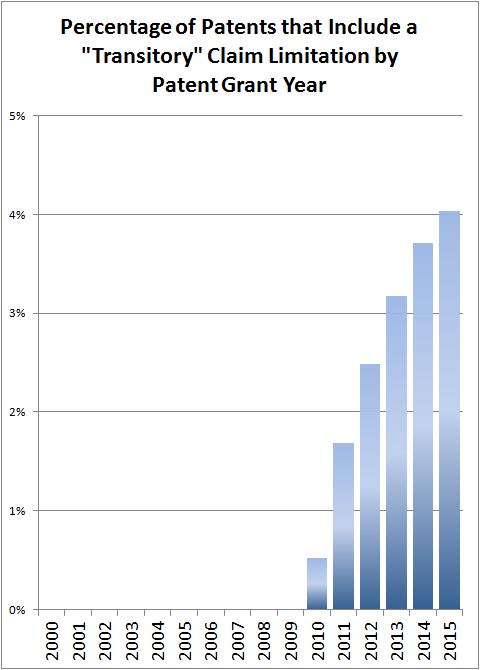 Open question – how many of these cases have written description support for the new non-transitory limitation?