Patent Term Adjustment (PTA) adds extra time onto the end of a patent’s 20-year-term to account for delays during patent prosecution.  As the PTO eliminates its backlog, PTA awards are also decreasing.  However, most newly issued patents are awarded at least some adjustment based upon the PTO’s failure to meet the prosecution timelines delineated by Congress.  For newly issued patents, the average PTA is now around 6-months. I expect this to continue to fall to around 3-months over the next couple of years. 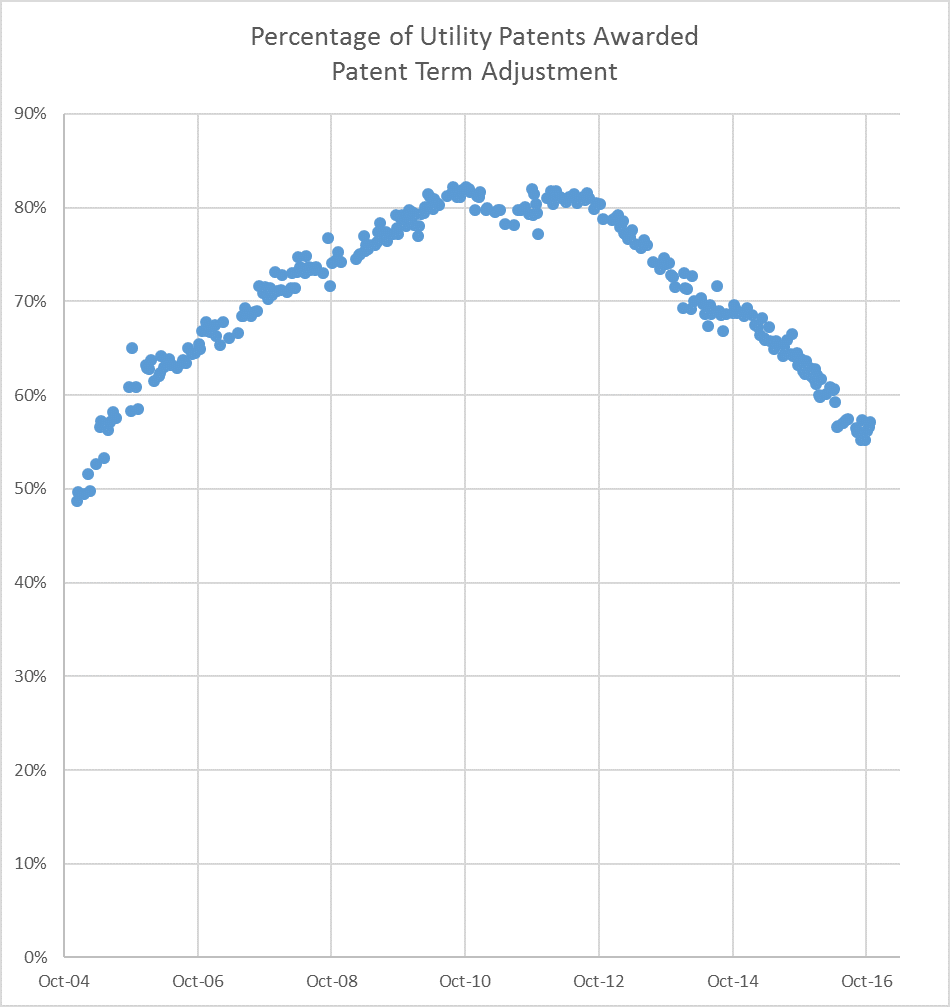 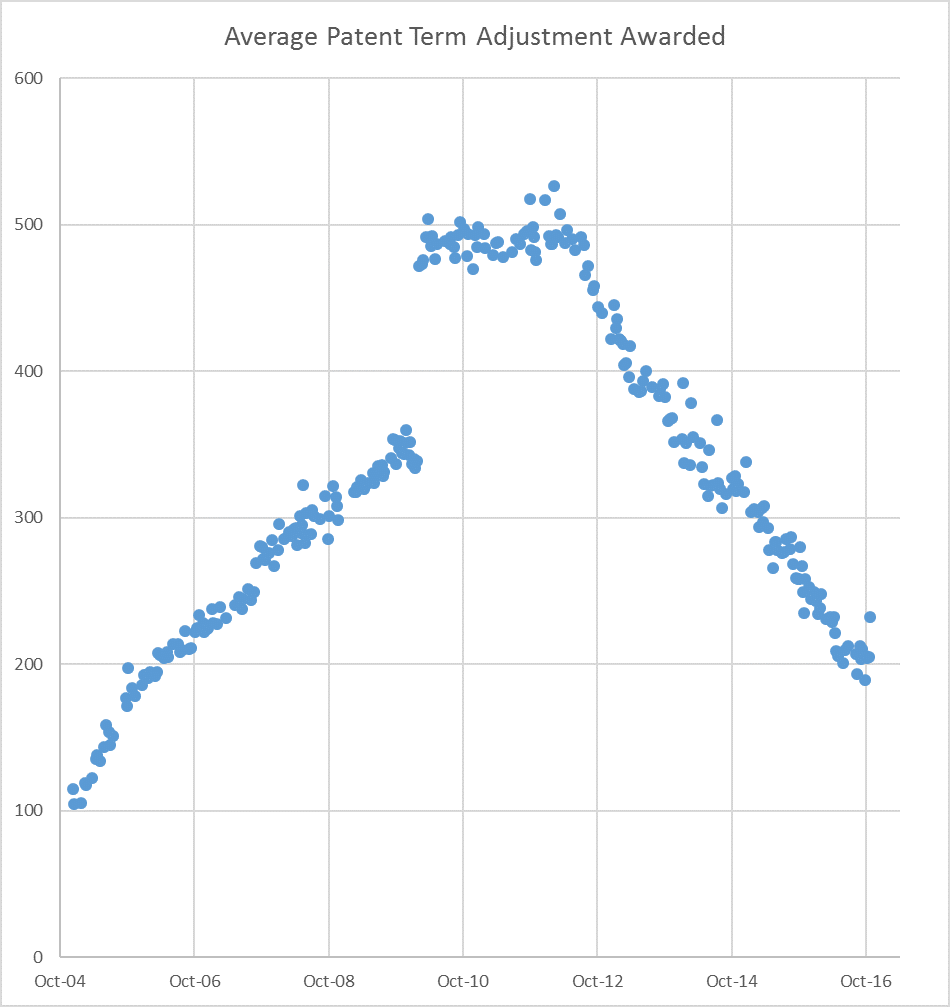 You’ll note the discontinuous nature of the average-PTA chart.  The break-point in early 2010 shows the impact of the Federal Circuit’s Wyeth decision holding that the PTO had been under-calculating the adjustment.